Cancer of the Golf Swing 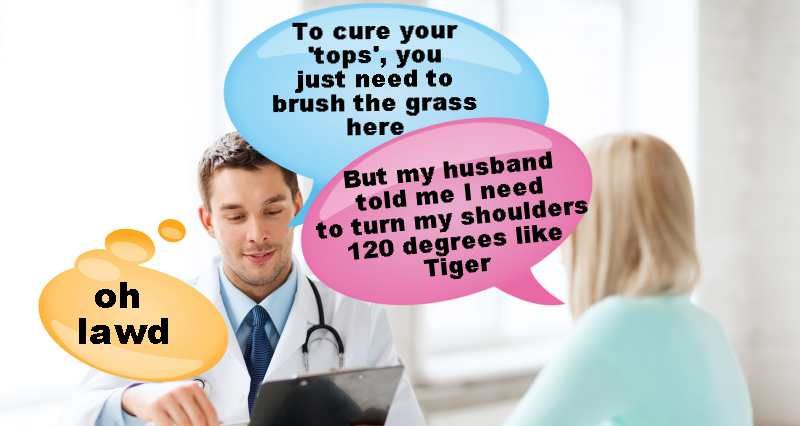 Cancer of the Golf Swing

High levels of beta carotene (similar to vitamin A) in the blood have been shown to correlate with lowered rates of cancer. So it would make sense that if we copied these lower risk people and tried to get more beta carotene, we could lower our risk of cancer, right? 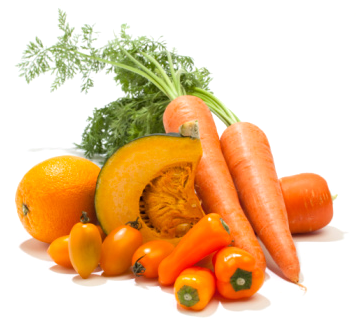 That’s what the scientists thunk

That’s what American scientists thought, so they started to test the hypothesis by giving 18,000 high cancer risk smokers and asbestos workers supplemental doses of beta carotene to ‘copy’ the people who had lower rates of cancer.

Around the same time, a Finnish study also started to test this idea by supplementing beta carotene in the diets of 29,000 male smokers.

Both studies had to be stopped because the people who took the supplement started to get cancer. In just 4-6 years, their lung cancer risk rose by 28%.

How could this be, that copying the people with low cancer rates ended up increasing cancer rates?

Often we look at professional golf swings and say “They do X/Y/Z, therefore I will copy that and it will make me better”. This is a logical conclusion to make, and I see people on the range all the time working on things that the pros do.

But this idea is also a logical fallacy.

If Beta Carotene supplementation didn’t decrease cancer risk (it actually increased it), would ‘professional golf swing’ supplementation work? In other words, if you tried to copy the pro swings, would it improve your golf? Or would it make you worse?

Would it give you cancer of the golf swing?

What if beta carotene didn’t actually cause the lowered cancer risk in people who were associated with it?

What if their lowered cancer risk was a result of other lifestyle factors, such as healthy eating, exercise, lack of smoking and drinking etc – high blood Beta carotene was simply a correlator, because maybe they ate more foods higher in the stuff?

Likewise, what if the takeaway position of a pro didn’t actually cause a good shot, but was merely a by-product of certain things they had been exposed to throughout their lives?

Could the fact that your physical make up is different to theirs mean that copying them may cause you more problems than improvement? 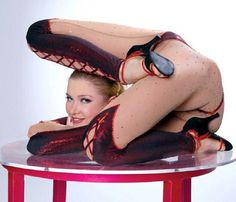 The top pros are athletes, whether you like it or not. Just because some of them don’t look buff or ripped doesn’t mean they don’t display incredible golf-specific flexibility from the millions of golf balls they have hit since a young age.

Lesson – pro’s are physically different to you

What if X caused it?

Similarly, what if professional golfers exhibit certain traits which happen to come with other traits. What if you are simply at a different stage in your development to the professionals, and trying to copy their positions might not be right for you at this time?

Newborn babies have the ability to eventually learn to walk – but they don’t because they are not in that stage of their development. They haven’t developed the muscular strength or physical coordination to be able to do it yet – and they need to go through multiple other stages before they even get there (learn to roll over, crawl etc). All of these stages may be important parts of the process, and skipping ahead (learning to walk before you can crawl) may actually cause more long term issues. 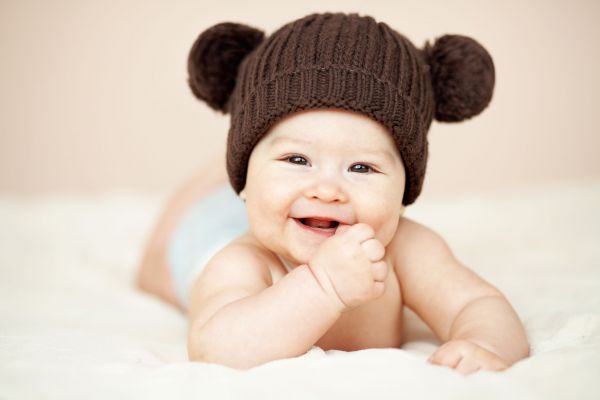 Even cognitive abilities matter. A baby who learns to walk before they can understand certain things may put themselves in danger. Similarly with golfers, trying to copy a technique without a certain understanding of how to hit a ball may cause a mind/body disparity which causes havoc.

In other words, what if it is the interaction of many elements which cause a certain thing to become functional – and simply copying the ‘thing’ may make you worse because it doesn’t come with all of the other elements. 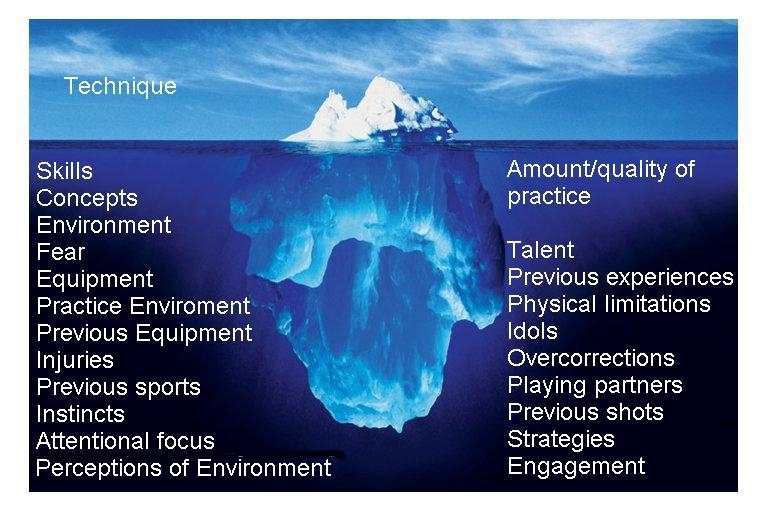 Lesson – There may be other factors involved in why a pro swings the way they do, such as blends of functioning components, or their developmental process to get where they are.

What if high levels of beta carotene in the blood were actually caused by poor absorption of it in the cells – and it was the lack of absorption which decreased cancer risk? Another example of this is that milk raises blood sugars slowly – not because it is released slowly (quite the reverse) but because it is absorbed from the blood at incredibly quick rate – the opposite of what you would think just looking at the surface evidence.

Some things are 180 degrees to what we think are happening. With more research in biomechanics, we are finding that kinetics (certain forces we apply) and kinematics (actual movement) may be very different.

As an example – in a game of tug of war, you might see one team getting pulled forwards. Onlookers may come to the conclusion that this team is actively moving forwards – but we know they are actually trying to do the complete opposite. 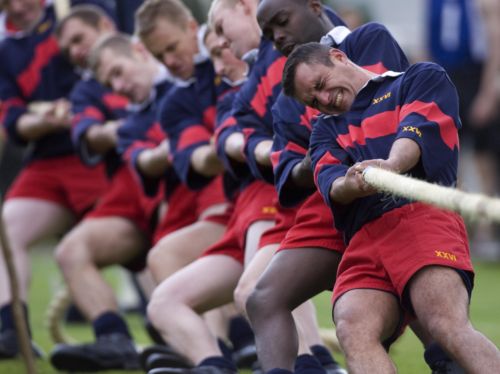 Tug of war – just holding a rope and grimacing

There are many things in the golf swing where a still frame image may portray a certain idea, but the player is actually doing the complete reverse. Trying to copy what the pro does in this scenario may be as effective as trying to play tug of war by moving towards the opposite team.

Lesson – sometimes what we see is 180 degrees to what is actually happening, such as looking at a game of tug of war and coming to the conclusion that both teams are trying not to move at all.

One of the main issues with the beta carotene study was that it used synthetic doses, as opposed to natural doses found in real food.

What about the golf swing? What about the fact that a pro might be doing certain things as a result of a natural process, and not an inorganic one – could this make a difference? Surely if you just ‘genetically modified’ your swing by directly changing the technique, this would have the same effect as the pro whose swing evolved over the course of many years, in conjunction with all the environmental influences? 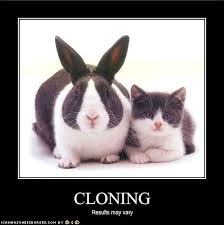 I think you see where I am going

This is why constraints led learning (which allows technique to arise as a reflection of all of the influences upon the player) is ultimately a better way of learning, even if the process can be a little slower.

Sure, we could jump in and speed the process of evolution up by genetically modifying the swing etc. But there are countless examples of where an organism has been introduced into an environment in which it didn’t co-evolve, and all hell breaking loose.

Lesson – sometimes, a slower evolution of your swing may be better than a complete genetically modified overhaul.

In the Beta Carotene studies, high doses were used.

Dosage is very important in anything – even water can be lethal at high enough dosage (hyponatremia). Similarly, trying to copy and think about too many things in your swing can cause real havoc – you are overdosing on swing tips. 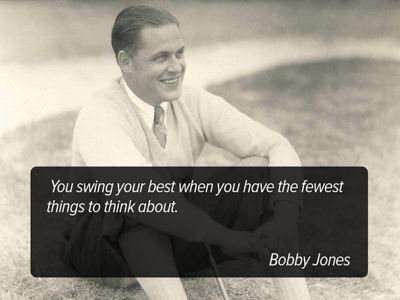 Pro’s are often not even thinking about lots of their swing mechanics. They may be things which have been learned a long time ago and are now automatic, or maybe they were never consciously learned at all, and simply developed as a result of practice and self-organization.

Lesson – trying to copy too much too soon can cause issues, especially if you are taking swing pieces from things which don’t even relate to your performance.

I see way too many golfers giving each other swing advice on the range. Most of it is based on what the latest professional superstar is doing.

But this advice, as we have seen, probably doesn’t pertain to the player, and trying to get them to swing more like a pro may actually harm their chances of getting better.

I am not saying that you should never copy a pro, there are a whole boatload of good things you can glean from watching and emulating the best players. But often, the things people choose to emulate are the wrong bits.

On the other hand, a good quality teaching professional will be able to guide you to a better golf game and give you the pieces of information which are most relevant to you. They are your swing doctor. 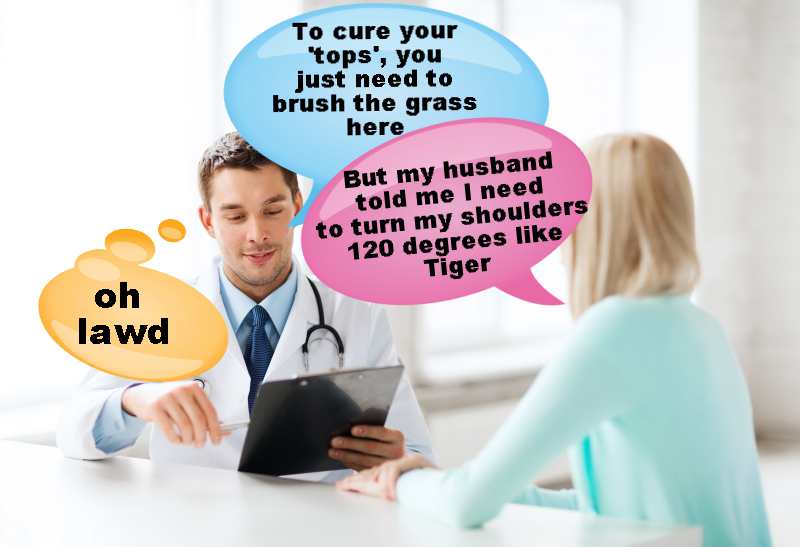 Adam is Author of The Practice Manual – The Ultimate Guide for Golfers (available on amazon). You can find out more about the book by clicking the link below.