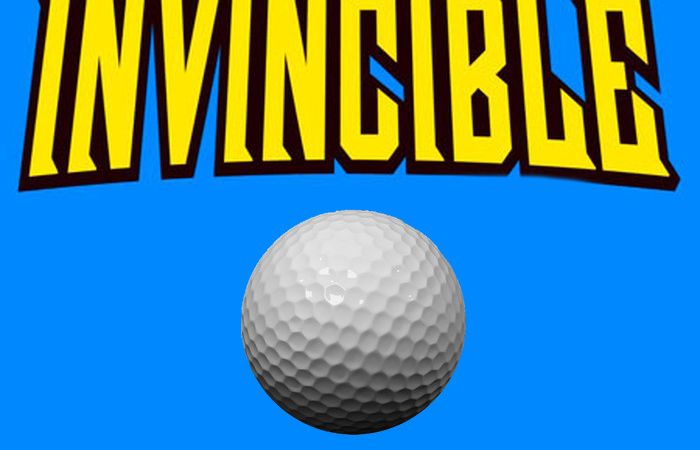 In part 1 of internal thermostat, we talked about how the mental game – more specifically our self image, is a big determinant on our play.

A big example of this is a person who sees themselves as a 90’s shooter – they are basically condemning themselves to a lifetime of stagnation, lack of progression and scores that are always in the 90’s. Obviously skill level does greatly influence this, but lots of 90’s shooters have the ability and the game to break that barrier, but don’t for reasons other than the way they hit the ball. Maybe you have seen a 90’s shooter have a good game, only to become aware of their score close to the finish and then collapse back into their normal scoring range. Maybe this has been you? 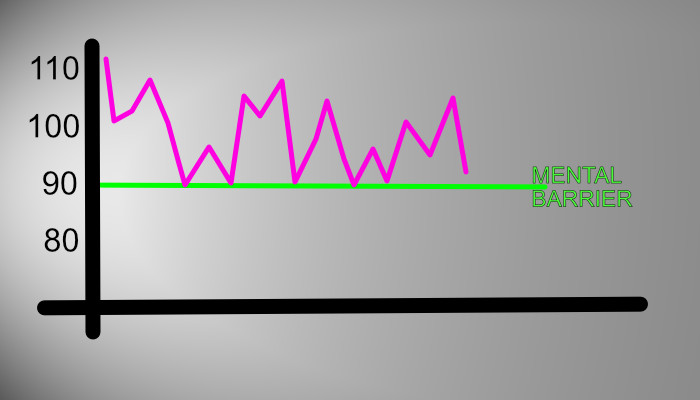 Suddenly, when a freak incident happens that allows them to shoot in the 80’s for the first time (perhaps they thought they had shot some other score until they actually counted it up and see that it was a surprising 87),  it is now much easier for that person to do it again in the future. 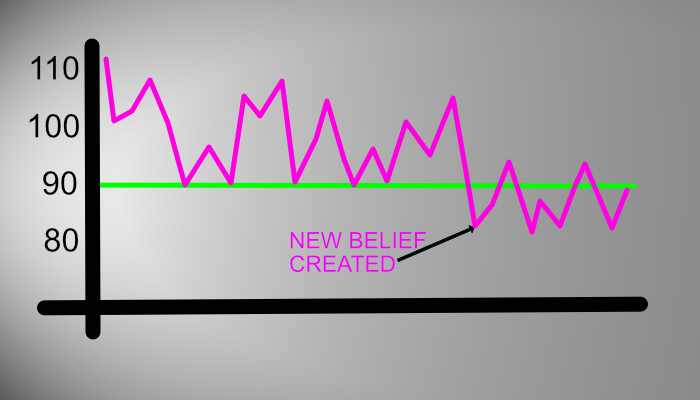 Just like our zookeeper has a different belief system about the Tiger, this player now has a different belief system about what is possible to them. Chances are, the player didn’t do anything special or out of the ordinary that day. They just plodded along with their normal game, completely unaware that they were about to break through a new personal record. With this new belief now formed, the old symptoms they used to get when approaching the 90 mark disappear.

The old player used to become aware that they could shoot an 89, and then through a jolt of adrenalin, they now see every bit of danger on the course and try to steer it down the fairway only to find they have steered it out of bounds. “If only I had relaxed and just let it happen” they say knowingly after the round. The NEW player, on the other hand, has been there done that. They have shot 87 before, so it’s no problem. They can relax in the knowledge that they have one ‘under the belt’ so to speak. This gets rid of the symptoms of nervousness. 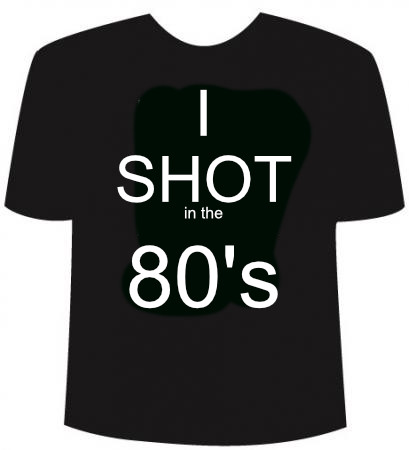 Been there, done that, got the t-shirt

Unfortunately, reality is one of the biggest influencers of our beliefs, and these experiences of breaking our personal barriers are hard to come by. However, we can get a step in the right direction and cheat our brain by selectively choosing which realities we wish to ingrain.

You may have heard of this before, and every great sportsperson out there has done this to some extent. It’s called VISUALIZATION. I am going to explain some ways of doing this that can help you develop a new belief system. This will create something much deeper than just telling yourself “I think I can do it”. This is going to make you feel “I KNOW I can do it” – A very big difference. 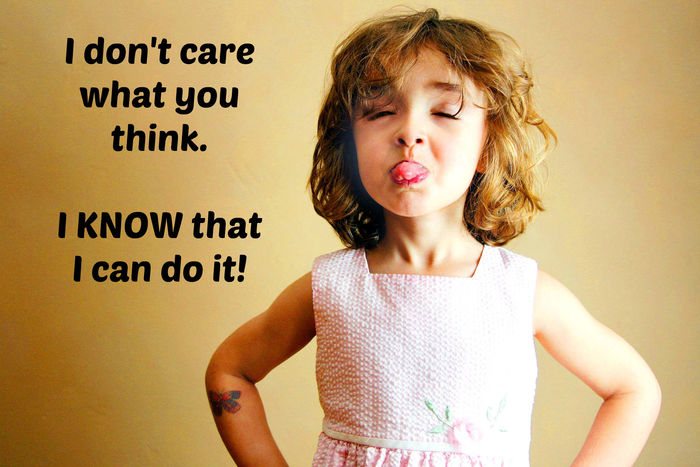 No, you don’t have to get into a lotus position and start chanting mantra’s to effectively visualize. The first step is to understand that this is an ongoing process. This is like going to the gym, you have to put in a little work, and you reap the benefits in time. For beginners, or people currently low on confidence, you may get a massive leap straight away, but you have to keep working at it day by day to build it up further. And if you don’t work on it, it can atrophy like a muscle will if you stop training it.

See this as two separate muscles that you are building; one is your confidence level and belief in your ability, the other is a mental
toughness, a resistance to the effect of bad shots. Both together will give you your maximum chance of performing optimally more consistently.

Get a piece of paper, or better yet, a scorecard.

What was your new score?

I call this exercise ‘what if’. We all kind of play this after a round of golf. “If only I had not hit it in the water on 8” people say. The problem is, they are ingraining the bad shot they hit by talking about it and visualizing. They are not actually going through the process of replacing it with a good shot, and then ingraining that image by repeating it. If you do this correctly, you should now have a list of things that you should go off and work on, and an idea of what you could have potentially shot.

There is one more important stage in this visualization process.

Finish by picking your best shots for the day. You can do this by quickly skipping through the round until you get to where your good shots came. Now, go through each shot in its entirety; do this with your hands together as if you are holding an imaginary grip. Tee up the ball in your mind, stand behind the ball in your mind. Do your practice swing and get a sense for how CONFIDENT you felt during it. Imagine setting up to the ball re-creating that feeling of INVINCIBILITY and CERTAINTY you felt that the ball was going to fly onto your target.

As you do this, be aware of how athletic you feel over the ball before you get ready to hit. Now, imagine the rhythm and feel of the swing as you made it, and the sound and feel of the contact as you hit the ball flush. As you visualize the ball flying in the air and you holding your balanced finish, capture the feeling that you felt watching the ball. Double it!! DOUBLE IT AGAIN. 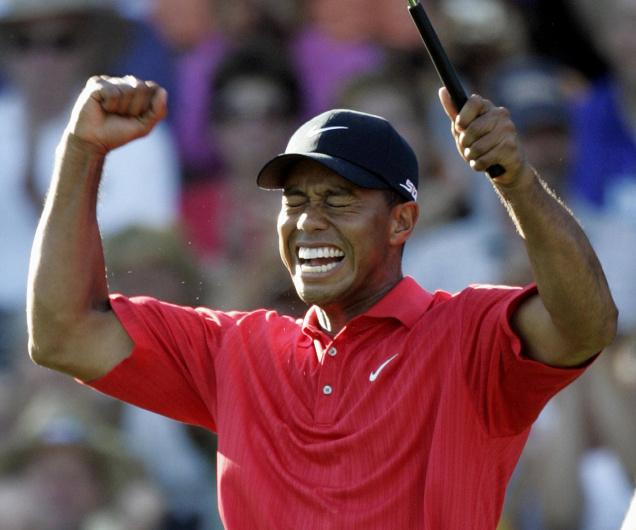 As you get that feeling that we all have after our best shots, give your hands a gentle squeeze as if you are squeezing the grip of the club. Repeat for as many of the good shots you made as you want. Try to pick the best ones you hit that day, not just any old shot.

This whole process takes about 10-30 minutes, and can be done as you are trying to get to sleep if you want; In fact, it can help you get to sleep. Some people have an ability to do this with their eyes open too, although for everyone the process is heightened when in a relaxed state and eyes closed – like hypnotherapy.

For those of you who are into new age stuff, you can attribute this to the law of attraction. For those of you who are skeptical and more scientific minded, like myself, understand that a massive amount of positive neural activity is happening in the brain when we visualize in this way. We are basically myelinating (firing, wiring and insulating) a movement pattern, and also a belief (a complex connection of multiple neurological networks in the brain). This has an unbelievable effect on our

This is one method of many that I teach to create a new belief system. It stemmed from a more complex version that I used to do as a teenager which helped me get from a 32 handicap to 2 in just 3 years. I will post further articles on other methods that I used as a player, and have since taught to willing pupils to good effect. I will also try to cite some of the scientific studies that support these ideas (not that I knew anything about them at the time). It’s not so important to understand why these things work, but I think that a scientific understanding of what is going on can help add a good punch to spark motivation and actually do these things.

Want to learn how to be more robust mentally? Next Level Golf shows you what you need to do, as well as helping you with strategy, consistency, swing mechanics, practice and more. Click the link below to learn more.