Then we realised that wasn’t right. So we changed it to

alluding to the idea that, if we practice as close to perfection as possible, stopping and re-starting any time we make mistakes and then correcting ourselves back on the path to perfection, we would be infallible. Logically, this idea makes sense. But I can tell you now, it is a load of bull.


Last week (LINK HERE) we talked about differential learning/experimentation and its role in practice and skill/motor program development. This week, I continue the good stuff and offer ideas on how you can start doing this yourself. Please like the page and share it on facebook to get the info out. Don’t keep all the secrets to yourself 🙂

If a powerlifter has a problem with a certain part of the lift, they can isolate that part and perform movements which extend their strength beyond what it should be. For example, a lifter may be very strong halfway through a lift, but their ability to initially get the bar off the ground is quite poor. In this situation, the lifter may not only spend more time focusing on this small portion of the movement, but they may increase the variability of it by doing a ‘deficit deadlift’ where they stand on a small box, so essentially they are having to lift it further through their barrier. They may also go through the range of motion at variable speeds, just to challenge the movement in a new way and improve unknown weak points.
deficit deadlift
One of my fellow instructors Ron Gring (https://www.gringgolf.com/about/ron-gring/) with whom I regularly chat, recently showed me evidence that he has added massive amounts (in excess of 20mph) of clubhead speed to clients swings by utilizing the effects of differential practice. He asked players to hit shots off their knees, hit shots leaving their back foot on the ground, hit shots happy Gilmore style and shots with their feet together.
Through doing these different types of actions, the body was instinctively able to figure out how to use certain muscles more effectively (improving activation), how to improve sequencing of movements, how to improve balance, create better ground forces and also improve stretch shortening cycles in various muscle groups – all from experimenting with movements which would never be used conventionally. This really is ground breaking stuff, and it applies to co-ordination and technique as much as it does power production.

Improves degrees of freedom and instinct

Subtle variations in movements of an individual player are the hallmark of what makes them skilful. We often think that variable movement is always a bad thing. If we were a robot, maybe this would be true. But, for whatever reasons, our ability as a human will never lead us to 100% consistency.
However, variations in the system can also be auto-correcting. What do I mean by this? Well, imagine you take the club back closed for whatever reason (we are human) – the player who has practiced less variability will tend to have less options available to them for re-routing the club/self-correcting the mistake. However, the player who has practiced variability through experimentation will have many more options available to them. They will be able to re-route/auto-adjust the position of the club much more readily, thus have more chance of saving the shot. The more experimentation they do, the more options will become available to the system. Eventually, these auto-corrections become autonomous (without thought) and the player will feel it simply as something that was more of a reaction – they may get the feeling that they were in control of this reaction, but that is just the conscious mind playing tricks with you.

This is a similar idea to the top level tennis player who can pull a shot out of their ass even when they are in the worst imaginable position. You think Federer had never practiced this shot? Give me a break

This type of practice is simply more fun than standing there and beating balls with a singular focus. We often think that the former is better for us (we instinctively have the belief of “why would we practice something we don’t want to do?”), yet reality is very different. Creating shots and experimenting with variables not only adds to the spice of life, but you are literally supercharging your learning. A fun environment is almost definitely the most active learning environment to be in.
Add to this, being creative tends to use different parts of the brain. Almost every top athlete uses these parts when they are playing their best, very few athletes perform motor skills effectively with an analytical mindset (why do you think darts and snooker players used to drink so much). There are clichés which state that the creative side of the brain is the right side, and vice versa, but these tend to be inaccurate in reality. Nonetheless, there is definitely something different which goes on in the brain when we practice in this manner. Time will bring more details out on what exactly, but the information will still stand as true regardless of the actual mechanisms involved. 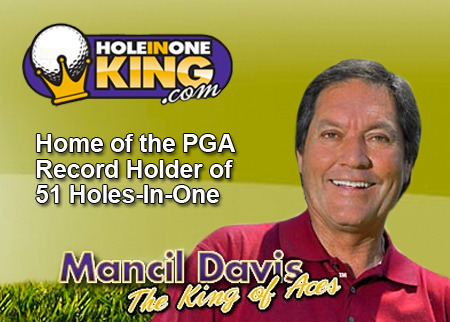 When his brain waves were measured, Mancil Davis (world record holder for most holes in one and double eagles) was using significantly more of the creative parts of the brain when standing over a shot.
As experimental practice involves creating new shots/swings/movements and also concocting variations, it implicitly requires that we increase our concentration/awareness levels. This is one of the defining aspects of so called ‘deep’ practice, one which adds oomph to our learning again. This is much more difficult to foster in other types of practice.

Neuroplasticity is simply the ability for the brain to form new connections and literally change itself. It was long believed that the human brain was static and un-malleable. Science has more recently shown this to be untrue, as the brain responds to our environment and internal factors by changing its own structure.
The brain is constantly making new neural connections – this is one of the hallmarks of learning
There is also evidence that changeability improves changeability. In other words, the more you practice variations, the easier it is for you to beneficially vary things in the future. I have seen this to be true in  my own swing – the more I used experimental forms of practice, the more I was able to manipulate my swing into the form I wanted it to be in. And the more I practice it, I not only become better at doing it, but quicker and more efficient too. Other fields have shown this to also be the case, so look out for more science regarding this idea to emerge.

The only downfall of this is it can potentially, yet only initially open up pandora’s box. Whilst practicing experimentally, we can initially subtly lose some of the motor pattern we built up (until it is replaced with more effective patterns through our self organization). We should eventually go back to refining one particular method as time comes closer for optimal performance. An ideal protocol would see periods of maximal expansion in skillsets and learning, and periods of contraction into less variable patterns. This expansion and contraction should continue ad infinitum, choosing to peak at specific events such as a major for example. 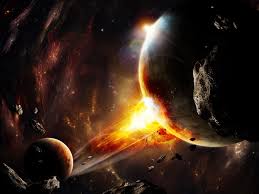 Just like stocks and shares contract and expand around a moving average, or the universe goes through period of contraction and expansion, you should oscillate between contracting and expanding of learning and performance periods. Learning and performance are different. You can be performing well and learning nothing, or you could be performing poorly and learning a lot.
But without leaving your normal movement patterns and doing some exploring, your body will be much less likely to engage in creating more optimal patterns, and more engaged in ingraining the ones you already do own. you will also never fully develop as a player without this.

This is where I want you to be largely creative. Kid’s are automatically great at this, they love to play and explore and mess around. To me, there is nothing worse and more destructive than an adult telling their kid to practice correctly. Sure – concentrate, but largely the thing which the kid wishes to do at the time will foster the greatest amount of awareness and engagement. Just because they are practicing their Happy Gilmore swing doesn’t mean they aren’t learning golf. Maybe you should be doing it too.
Here are some suggestions for your practice to try out next time;
Fades/draws
Hooks/slices
High shots/low shots
Flop shots with a 7 iron
High shots with the ball in the back of your stance
Open the face at address, try to hit a hook
Close the face at address, try to curve the ball right
Try to top the ball – see what the shortest distance you can achieve with a full swing is
Try to hit from the toe/shank
Watch this video of Rory Mcilroy intentionally topping the ball so it barely falls off the tee.
Try it yourself, you will be amazed at how difficult this is to do. But the co-ordination and
height control you will gain from this drill can help you perfect your strike,
and improve your ability to play off differing lies on the golf course.
If you are feeling extra sexy, try the following;
Left handed
Cack handed
Claw grip
On your knees
Feet together
Happy Gilmore
Open stance
Closed stance
One leg
One arm
Split hand grip
Reverse pivot
An All arms swing
An all body turn swing
Bending the left arm 90 degrees at the top
Work on creating your own. If you are stuck, give me a shout by email at Adamyoung1@yahoo.co.uk and we can work together to create a rock solid experimental practice schedule for you.

Don’t forget to share this article by clicking the facebook/twitter links below. Thanks.