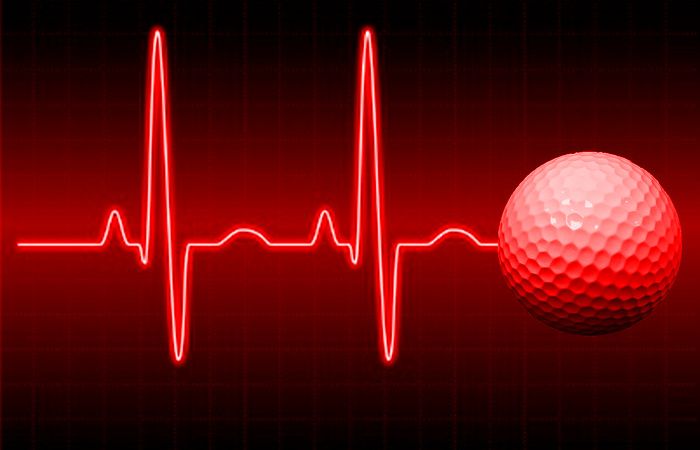 This is something so simple which I have seen great success with. All you need is a smartphone and some (optional) earphones.

Tempo is understatedly important in a golf swing. I have seen it create not only better shot performances, but also create massive improvements in technique via self-organization principles; things such as improved pressure shifts, more ‘stable’ body positions, improved kinematic sequencing etc.

In this sense, tempo refers to the BPM (beat per minute) of the swing. I like to time from the start of the swing until club and ball impact. The reason I suggested that you get a smartphone and earphones is so that you can download one of the free metronome apps available, plug in your earphones, set it to a certain BPM and then practice away, following some of the tips below.

Speed is not tempo

The below definition of Tempo is from Wikipedia

The tempo of the piece is the speed or frequency of the tactus, a measure of how quickly the beat flows. This is often measured in ‘beats per minute’.

However, it is important not to confuse the BPM of the swing with the clubhead speed.

For example, Ernie Els (in his peak) had a clubhead speed very similar to Tiger Woods’, however, their swing tempo was slightly different.

Also, you could have a player with a very similar tempo for both full swing and lag putts, yet the clubhead speed of both is obviously very different.

The vast majority of golfers I see swing at incredibly slow tempos.

While almost all the professional golfers swing at tempos between 60 and 75BPM, I have measured many amateurs who swing less than 40BPM. It’s painful.

When you swing this slow, you allow your body to make a load of strange movements and even put yourself out of dynamic balance. The club movements can be awkward and contrived because you are no longer swinging the club, but moving it through positions.

This is largely a result of two reasons

When I get a player to swing at a quicker tempo, we almost always see instant improvements in dynamics. Head movement becomes less dramatic (even though they are not forcing their head to stay still), club plane improves, they use the ground better with their lower body, the transition sequence of the body gets better etc.

I am known for telling people to quit trying to copy the pros. This is largely due to an influx of pupils trying to get into positions that their bodies just aren’t designed for, or they are adding pieces to the swing which don’t match their current mechanics. But this is one area where I think people should at least explore.

How to do it

This could also be a form of differential practice – you may want to explore extremes  of both ends of the tempo spectrum.

Make some swings which are much slower than your normal tempo, and then put some on 80BPM or more and try to keep up with it. Eventually, settle on a tempo you perform best with – but keep trying to push yourself into that 60-75BPM range. I tend to see the best movement patterns in those ranges, even if you are initially uncomfortable with this tempo.

But, ultimately, you don’t want to use a tempo a pro uses if you perform poorly with it. Just understand that this may change as you practice tempo range of 60-75BPM

I have found lots of players perform best with tempo as their attentional focus.

Often, thinking about the tempo of the swing can alleviate over-thinking of mechanics and let you focus on a more broad and generalized part of the movement. It can also be a place where you can focus your attention on which may limit the pressure of a situation. If you are coming down the stretch and your mind is racing, it can often be nice to have this singular focus to lock in on. It can almost be meditative.

Focusing on the BPM of the swing can be a way of achieving all the above. There is even quite a body of scientific research showing that neutral focuses, such as this, can help experienced players become more consistent and pressure resistant.

If you want to learn more about differential practice, tempo, routines, training for performance, focus of attention (and much much more), click below to find out about “The Practice Manual – The Ultimate Guide for Golfers”, available on amazon.