Gear Effect – What Is it? 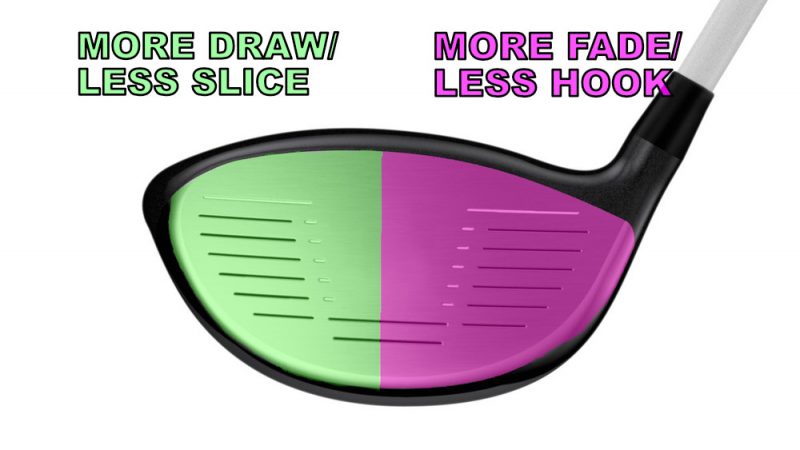 Gear Effect – What Is it?

What is this? It sounds complicated.

Well, it is – but you need to know it because I see golfers make incorrect changes to their swing all the time and getting in a right mess as a result of not understanding this. Don’t let this be you!

Luckily for you, I’m going to break it down in a way that really makes it clear. Clear enough that you could explain it back to a 4-year-old.

The sweet spot is the point on the clubface which feels the nicest – we all know those shots where you “didn’t even feel it”. Hitting the sweet spot results in minimal twisting of the club, maximum energy transference to the ball, and warm, fuzzy feelings inside – you will see longer shots with more consistency.

But what happens when we miss the sweet spot?

In my article on Sergio Garcia’s drive (where he mis-hit it), we see the crazy effect it had on the clubhead. This can also be seen in the below pictures; 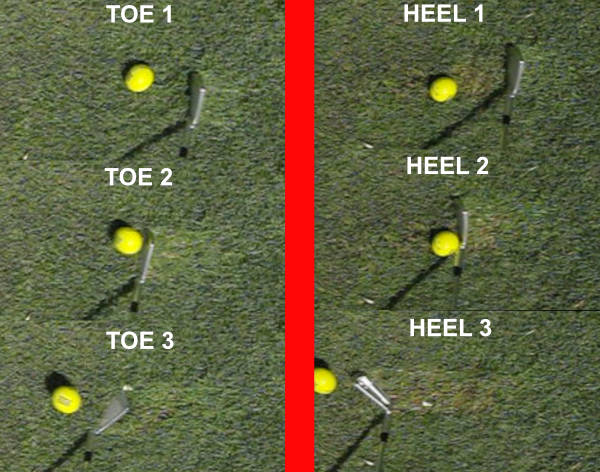 In the left column, we see a toe shot and the club twist open.

In the right column, we see heel shot where the club twists closed.

This will affect direction slightly, but not by much, and maybe not in the way you would imagine.

During the impact interval (the time where the ball is in contact with the clubface) the clubhead will twist – causing the point of contact on the clubface to move.

You Can Tune Out For This Bit

It does this because the line of force the ball is producing on the clubhead doesn’t run through the clubhead’s centre of mass. This causes a torque (twist) around the COM.

The easiest analogy for this is a child’s merry-go-round. 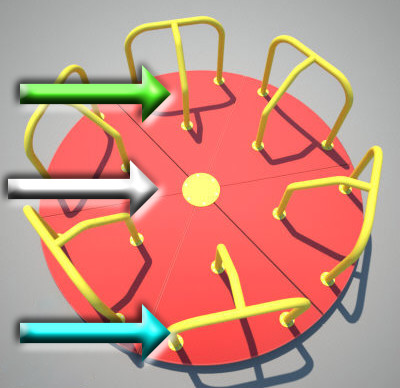 If you force the merry go round along the;

Now replace the merry-go-round with the clubhead. 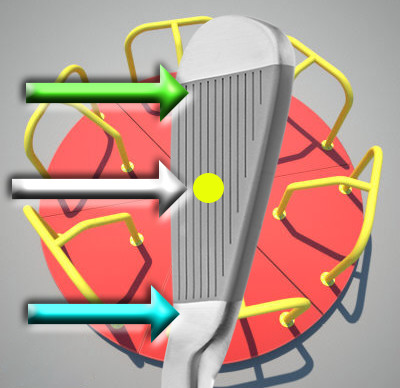 With an iron, because the centre of mass is close to the clubface (due to the thinner head design), the point of contact with the face will just move straight backwards on a toe or heel strike. Like a screen-door opening. 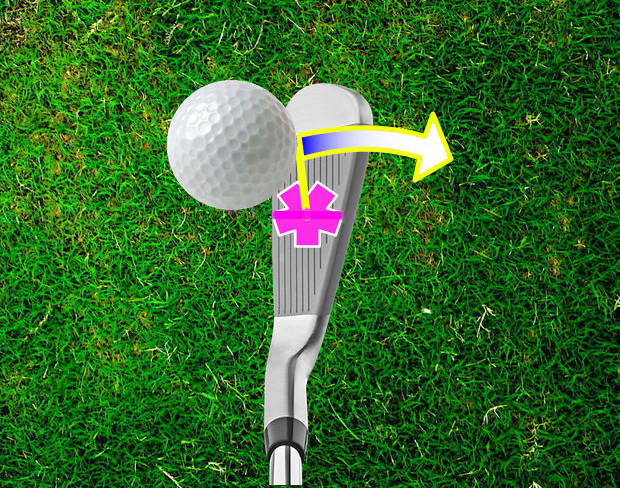 However, due to the size of the driver head (it’s deeper), this puts the COM of the clubhead farther back in the head.

Because of this, on an off-center hit the contact point will not only move backwards (as in the iron), but it will also move more to the right on a toe shot (towards the top of the screen). This is reversed for a heel shot. 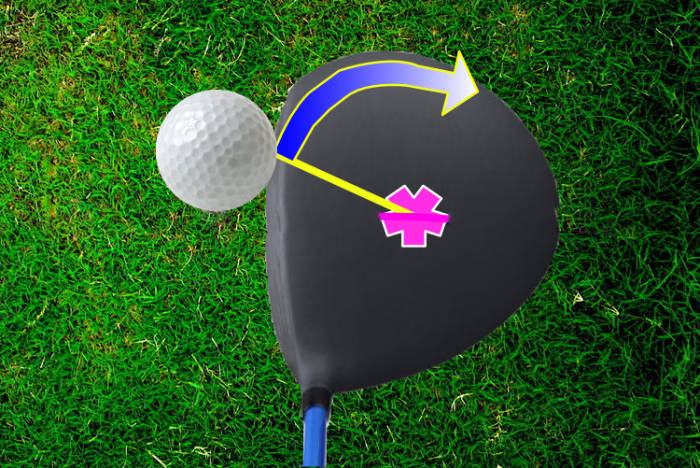 During the blue portion of the arrow, the point of contact is actually moving more to the right as it rotates around the club’s center of mass (pink gear).

This sideways movement of the clubhead will act in a similar way to if you had cut across the ball with your swing path. In other words,

This is in complete contrast to what most people think would happen. Essentially (in a toe shot), as the clubhead is opening during contact with the ball, it is imparting more draw-spin to the ball than would otherwise occur. 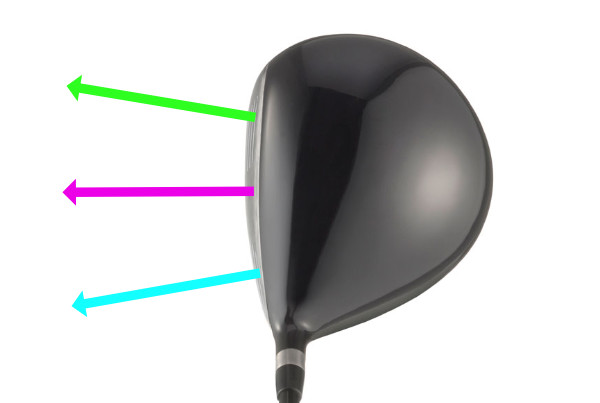 This essentially counteracts gear effect to a certain degree. So, while a flat-faced driver would hit the ball off the left side of the golf course on a toe hit, your driver creates more of a toe-hook that is more likely to find the fairway.

A toe-hit drive with a driver which doesn’t have bulge (red) versus a normal driver with bulge (green).

Why Is This Important?

Your golf swing is under constant change. Every shot you hit gets fed into your subconscious, and you start to re-organize your movement patterns in order to try and get the ball onto the target – whether you like it or not. This is one of the ideas behind the concept of self-organization.

Due to not understanding gear effect, a player may (consciously or not) try to fix the swing in the wrong way. In fact, in the above example, the player didn’t need to fix their path or face – they needed to strike the ball better.

Poor concepts lead to poor self-organization. This is how you amateurs get yourselves into a mess with your games.

Gear effect doesn’t always operate like this – on more severe hits, the entire premise starts to reverse itself, and we can get toes slices and heel hooks. 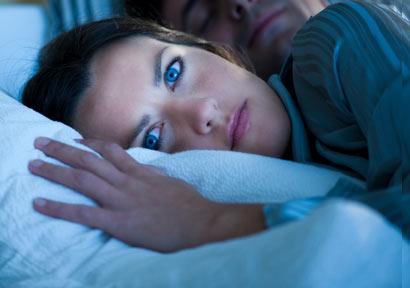 It’s enough to keep you awake at night

So what is a golfer to do? Gear effect sounds so chaotic, and the rules even change depending on the severity of mis-strike.

Here’s What To Do

If you’re hitting the sweet-spot more often, you are going to get a whole host of benefits, from more greens in regulation (strongest correlator to handicap level), more distance, better spin control, improved accuracy and improved consistency.

I would say that the vast majority of inconsistency and distance loss associated with driving the golf ball is due to poor and inconsistent strike quality. If you are an inconsistent drive of the golf ball, I would look at this as your first port of call to improvement.

Hey, this is my website and I can do what I want. Besides, I can confidently say that The Strike Plan is the most comprehensive guide out there to improving this singular aspect (while having a positive knock on to other areas of your game too).

The Strike Plan contains exercises to improve your ability to identify and fix strike issues – achieved through improvements in skill and technique. Many of these improvements can be seen instantly, and I use these drills every day in my teaching to get golfers better faster.

If you want to find out more, click the image below.