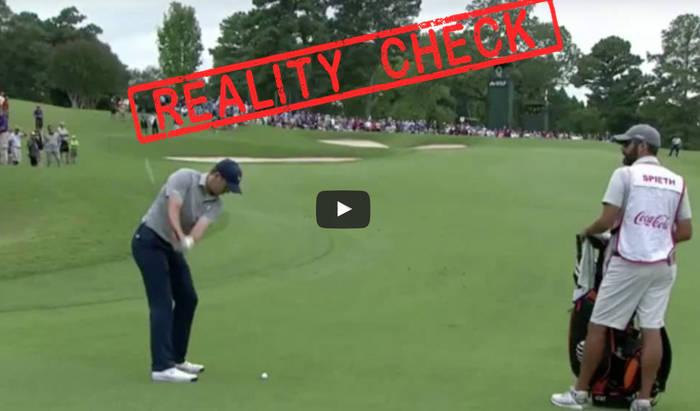 Jordan Spieth won the Fedex cup last week – and over 22 million. You would think that winning 2 majors in a year, getting to number one in the world and capping it off with a Fedex win would mean the guy is infallible.

Check out this video of one of Jordan’s rounds

The illusion of perfect play is simply that – an illusion. Even when a player wins a tournament, he/she will have many poor shots along the way. How you deal with that adversity will determine how you are as a player.

I see so many amateurs get bent out of shape when they hit one bad shot, and the entire round is at a loss. The reality is, no matter how much you prepare, no matter how good you are, you are still going to hit less-than-desirable shots.

Rather than prepare for a perfect round, prepare to accept whatever happens. Take the hits, and get on with the job.