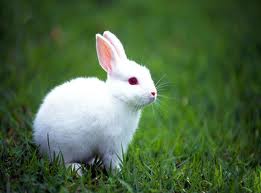 It seems such a silly thing to say, but the above ‘test’ is a really good way to display a point. How many times do you stand with a shot over water and say to yourself “Don’t go in the water”. At this point, your reticular Activating system (click the link to find out more) in your brain is filtering out other bits of information and presenting your conscious mind with what you DON’T want to do. This is likely to lead to anxiety and poor performance. There is one thing for certain in sporting performance – Negative psychology works. In other words, if you think negatively, you are likely to get negative outcomes.

Believe it or not, a good player with good focus may not even notice the water.
I remember playing Celtic Manor with my Father. At the end of the round, I asked him
What he thought of the course. His reply was “Nice, but there was a lot of water”.
My response was, “What water?”
You can’t get rid of a thought or emotion by telling yourself to stop. Rather than try to stop the thing that is causing the poor performance, replace it. If you are feeling sad, don’t try to ‘not feel sad’. Instead, focus on the things in life which make you happy (as cliche as that sounds) – you are replacing the emotion through your focus (although it may not be getting to the true underlying cause of the problem, which we will note later). And similarly, instead of not thinking of a white rabbit – imagine a big green elephant.

How good is your ability to hold your attention?

Do the following test; probably best done in fullscreen. Prepare yourself, you are going to count how many passes they make. It’s tricky, so pay attention

Now, if you saw IT, you may think you are cleverer than everyone else as the test didn’t fool you. Unfortunately, it is more likely to show that you have poor attentional skills, as more than 98% of people usually miss IT when presented with this test (either that or you have seen this test before/are aware of the trick). If you didn’t see IT, this presents us with a philosophical problem. Obviously our eyes saw ‘IT’; the photons from the screen hit our retina’s and that information was sent to the back of our brain. Why, then, were we not consciously aware of ‘IT’.
As discussed in my article on the reticular Activating system, our brain takes in all the information (about a billion bits per second) and the Reticular Activating system (RAS) filters this information out into what is relevant to our task and what is not. Anything that is relevant gets sent to our pre-frontal cortex (where we become aware of it) and the rest gets sent to the subconscious parts of the brain. If you make an intention to focus on something, the rest seems to disappear into oblivion; it is still there, but we are no longer consciously aware of it. Take a second to stop reading – and listen to the sounds going on around you right now. They weren’t there a second ago – or were they?
Think about when you get into a really good book. Your mind is so involved in the words (I hate to use the term concentrated, as it is not a state of high consciousness) and creating the imagery, you hardly notice the roadworks going on outside. Again, the airwaves from the drilling were vibrating your ear drums all the time, it’s just your brain is filtering it to the subconscious. This is called Inattentional blindness, and is a well studied psychological phenomenon. Magicians use this phenomenon to their advantage, by directing your attention away from the trick itself, and towards the distraction. This creates the illusion that you have seen everything going on and that the magician actually performed magic. Of course, once you know the trick, you see it every time (unless the magician has amazing sleight of hand skills).

We can use this in golf to our advantage quite easily. As you are visualizing your shots (in pre shot routine or over the ball), focus you attention much more clearly on what you DO want the ball to do. To make it more focused, picture the flight of the ball, the landing position, the bounce and roll, imagining as clearly as possible what you want to achieve. Not only will this more likely excite the neuromuscular system through Ideomotor effect, but it is more of a tool to get rid of the unwanted thoughts of what you don’t want to do. Never step into a shot telling yourself what you don’t want to do.

Unfortunately, doing this consciously can be difficult, and is only a tool to help you. The subconscious still knows the water is there. To really destroy the root of the problem, we must change the physical structure of our brains so that new belief systems are formed. As complicated as this sounds, it is relatively easy to do. For more information on this, contact me at Adamyounggolf@gmail.com.