Is Your Golf Swing Too Steep?

Is Your Golf Swing Too Steep?

But are you? Are you really?

Read on to find out.

When we talk about being steep, people are often referring to the shaft pitch in the downswing.

Let’s explore this.
For years, there has been a crazy obsession over swing plane.

I remember when I first started teaching, instructors were drawing lines on swing videos and analyzing the club’s position relative to it with an obsessive nature – as if it held some kind of magic. 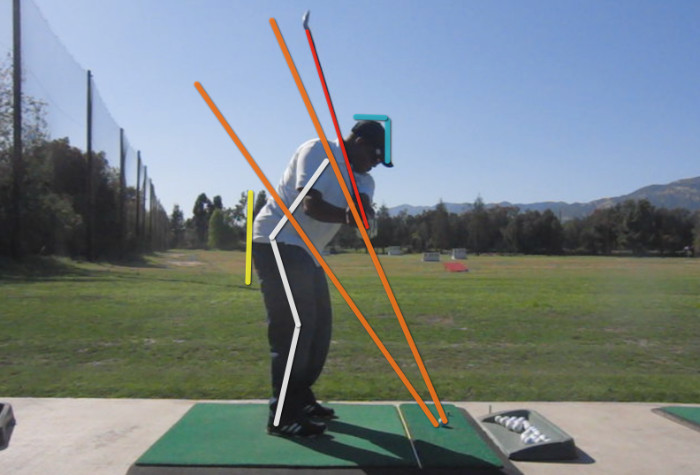 Now, I’m not going to throw the baby out with the bathwater – analyzing the club’s motion in 2D can still hold value for the trained eye. 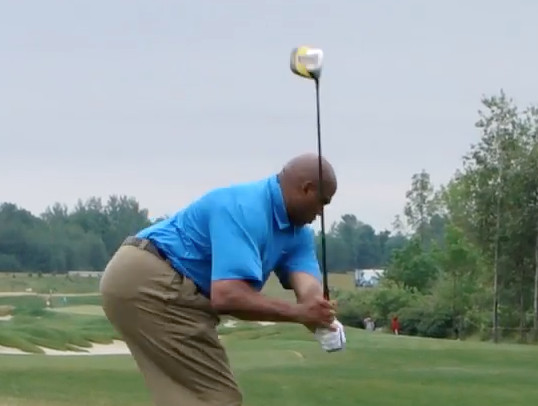 But the obsessing over minutiae, and the idea that “all you have to do is get the club on plane and the rest will sort itself out” is just bunk.

One myth in particular is quite prevalent. It’s the idea that if you have a steep shaft as you start the downswing, you will have a steep impact and/or a left swing path.

Both are not only untrue, but can (and often are) the complete reverse.

Take, for example, this video

We can see that, in the start of the downswing, the club is incredibly steep. Yet,

In other words, even though the club was steep starting the downswing, by the time it reached impact it was coming from the inside (a hookers pattern), and moving very level through impact – overly shallow (about 4-6 degrees down is a normal 7 iron shot).
This pattern is actually very common – players are steep at the start of the downswing and then the club drops “under” at the last minute. It’s not a very repeatable pattern either, although some greats have managed to have good careers doing it (Nicklaus/Mickelson).

The opposite can be true too.

Take a look at the below video

While the club is much shallower at the start of the downswing, during impact the club was actually moving

So, a shallower shaft actually produced a steeper angle of attack and a left swing path. 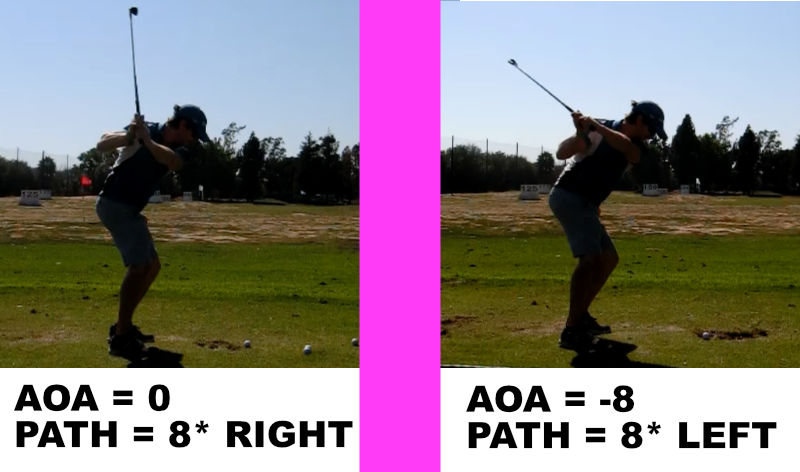 This is not to say a steep shaft at the start of the swing automatically produces this impact (or vice versa), but it is just to say we should be careful when assuming that a steep shaft is producing a steep impact, or vice versa.

It can very often be the reverse.

I suppose it is more modern to talk about steep or shallow in terms of angle of attack – as this is all the ball knows really.

It’s not that shaft pitch is irrelevant, just that it doesn’t define how steep the club attacks the ball.

Again, angle of attack refers to whether the club is approaching the ball on a very downward angle (steep, or negative), level (shallow) or upward (positive) trajectory.

The biggest influences on angle of attack are the low point position and clubhead arc-width.

Strike Plan members have access to content which shows you how to improve these factors so that you can hit more functional shots, improve turf contact and hit longer drives.

If you’re a strike plan member, access your program by CLICKING HERE.

For non-members, you can learn more about the program helping thousands of golfers worldwide – simply click the image link below.