Why Did This Golfer Shank It? 99% of people get the answer wrong! 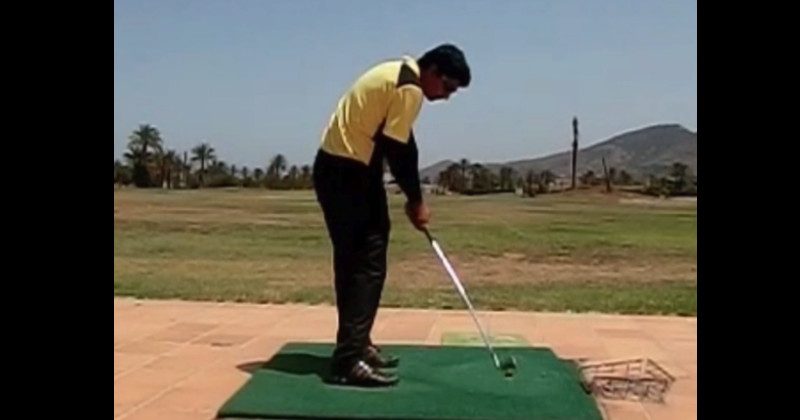 Why Did This Golfer Shank It? 99% of people get the answer wrong!

When you hit a shot with a poor strike (toe or, dare I say it, shank!), do you automatically start re-vamping your swing? Reading this article may change that for you.

I see this a lot on the lesson tee. After a poor shot, I often ask the player what they feel they did. In most cases, the player responds by telling me they made a hugely different move to their normal swing pattern – such as going wildly over-the-top, or massively early extending etc.

About a year ago, I asked a group of instructors what their thoughts were on why this player was hitting the heel of the club. Take a look at his swing

I got answers. A lot of answers in fact. Only one of them was correct – and this was only because the person who answered correctly knew me and knew what underhand tactics I get up to.

It certainly wasn’t my intention to upset people with this exercise – I just wanted to get people engaged and create some out-of-the-box thinking.

As far as I can remember, the post got a couple of hundred comments from people giving their view for why this player was hitting the heel. These ranged from

And much more. What were your reasons for why you think this player heels it? Re-watch the video and try to come up with an answer.

So, what was the reason for the heel strike?

Hmm, did you notice anything strange about that last video? 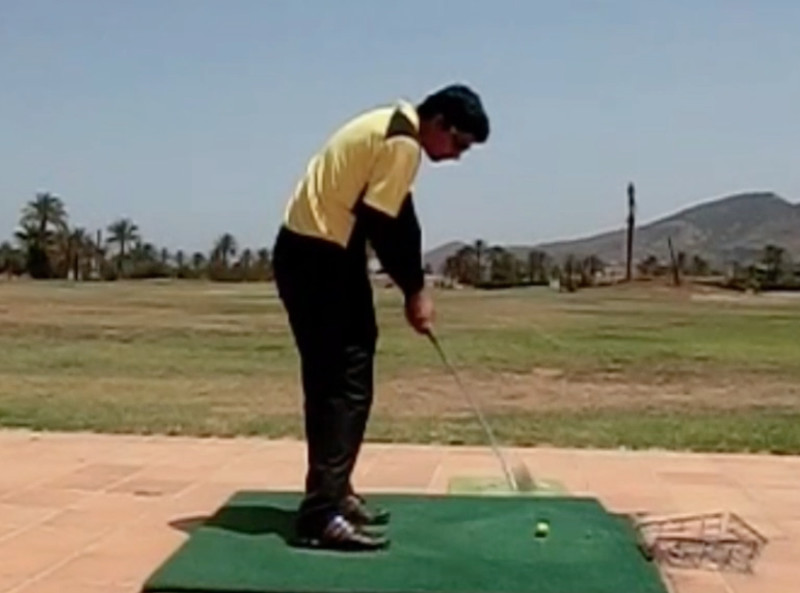 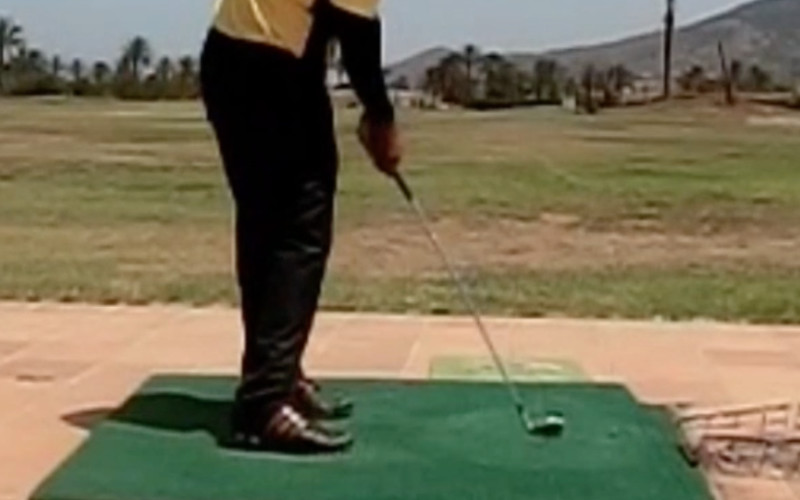 That’s right, this video was of the player hitting a toe shot – the complete opposite side of the face.

I just tricked you!

If you managed to come up with a reason for why the player heeled it, you now have to explain the fact that this player also toed it with the same movement pattern. Let’s take a side-by-side look (left pic is heel, right pic is toe).

Set up is pretty similar.

Nothing discernibly different here in the takeaway

Pretty identical top of the swing

Half way down – nothing to see here officer

Impact – ah, now there we see something different.

The swing is basically identical (on a gross motor pattern scale).

Let me explain that last point

So, why did this player heel the original shot? Simple…. I asked him to. The very same reason for why he toed the next shot.

His mind was on the task (hit X part of the face), and he responded accordingly. This player has high skill development, and is therefore able to shift his strike around the face at will – something poor players do not typically possess.

What’s The Point Of This?

I know this will get lost on many people – it requires out of the box thinking. But seriously, sit down and contemplate the idea/philosophy behind this.

We are so conditioned as players/instructors to blame mechanics every time a player hits a poor shot. I have seen commentators blame the poor shots of Tiger Woods to his 8 inch drop in height that he makes. Yet the same commentators used to ignore this drop in height when he flushed it onto the pin and won his majors.

My point? I am trying to get people to realize that, rather than looking at mechanical reasons for strike issues, we can also tap into improvements in coordination of the micro mechanics.

Did this player need a complete swing overhaul simply because he was heeling it? Of course not – he has the ability to shift the strike pattern at will, even with the same overall mechanics.

This is not to say never work on improving swing mechanics (anyone claiming I am saying that will get a quick screenshot of this paragraph). Swing mechanics should be part of the puzzle – but it is my opinion that improvements in skill and coordination can override and improve even the worst movement patterns.

Ok Fine, But I’m Not Trying to Heel It

I’m not saying you are (consciously). What I am saying is that you either

All of the above can be improved.

We can also link almost anything to a fault. But we must be careful with this practice.

If we were linking this player’s posture, takeaway, top of swing or downswing etc, to the heel shot, how did the player hit the toe with the same issue? Maybe the issue didn’t cause the poor strike – in as much as wearing golf shoes causes us to miss the sweet spot (99% correlation).

Why is this important? Think about it this way – how long would it take you to clean up the takeaway, posture, backswing, top of swing, downswing etc? You might spend years doing those things, and still hit it crappy.

If you want to go more in depth with my philosophies on how to improve strike that go beyond the traditional mechanical approach, click below to check out The Strike Plan.

Many people may be asking, why would I train this player to have an ability to shank it and toe it at will? Well, this goes into some of the research surrounding how to improve, including my own study on how to learn to strike the sweet spot quicker. You can read this study here (click this link).