The Hidden Secret To A Great Golf Swing 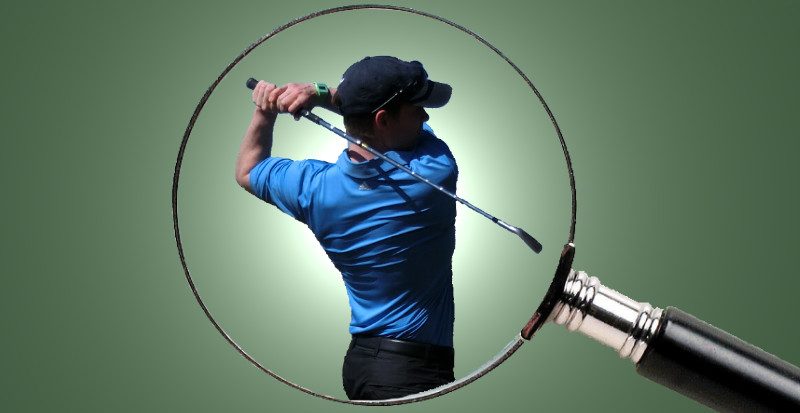 The Hidden Secret To A Great Golf Swing

As I’ve alluded to In many different articles before, the difference between a great shot and an awful shot can often be minuscule.

As an example – say you hit a perfect ball-turf strike on one swing. If, on the very next swing, you made an almost identical movement pattern but dropped just 1/2 an inch deeper, that could equate to now striking the ground as much as 3 inches behind the ball (depending on angle of attack and low point position).

That would make it a disaster. 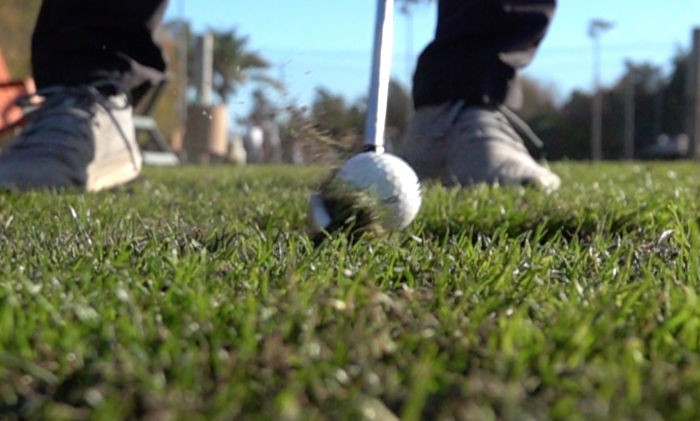 Hitting the ground behind the ball creates a layer of dirt/mud between the face and the ball. This lowers distance and would make you miss the green.

Just look at any tour player.

You know they only hit the fairway 60% of the time, right?

Think about that. So when they miss the fairway, it’s likely that they;

And much more – yet they still hit it poorly. 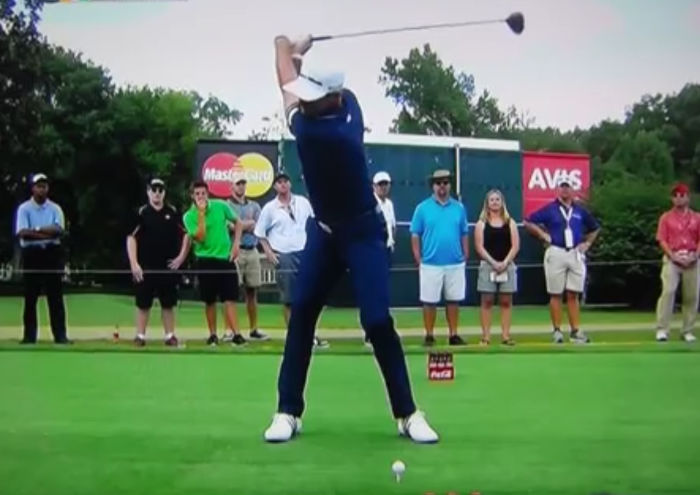 But I thought all the above were keys to a good swing?”

They are! But they don’t guarantee anything.

The above things, and the things that most golfers focus on are classed as macro techniques – or gross motor patterns. They are the big-muscle moves – the stuff that’s pretty easy to see on camera.

But the real secrets – the ones that create the difference between your best and worst swings (and the ones that define how well a tour player is playing that week) can often be found in something called “micro-mechanics”. 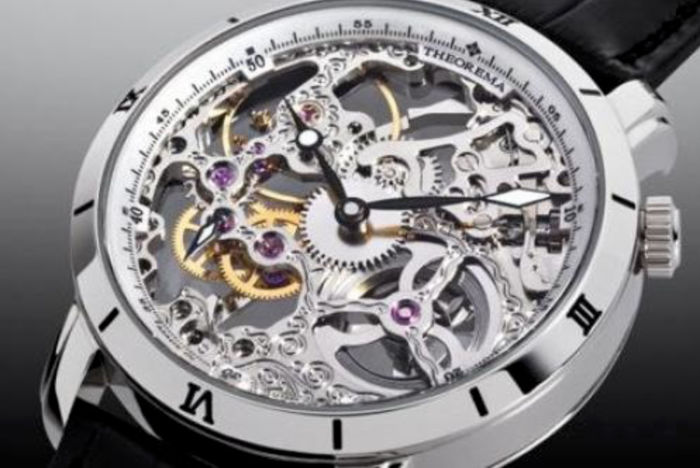 We see the function and style of the watch – and we know that it is the gears and cogs (the macro mechanics) which make it work. However, every single tooth on each cog needs to be perfectly aligned (the micro-mechanics) or it won’t function – just like in golf.

Micro-mechanics in golf are the smaller movements – the things that might be imperceptible to even slow-motion cameras (hence “hidden secret”). A bit of scapula retraction here, a tiny bit of lead arm flex there, or even a combination of a few millimeters of movement in a few parts of the body.

A golf swing has so many moving parts and joints where movement could occur from. Any swing could include more/less;

The golf swing DOES change every time.

Even at the elite level, micro-technique variability has been shown to occur even in a static environment (such as hitting balls into a net). And this variability is enough to create the difference between our bad and good shots – this is why two swings can look identical on camera yet produce very different results.

And it bugs the hell out of golfers. 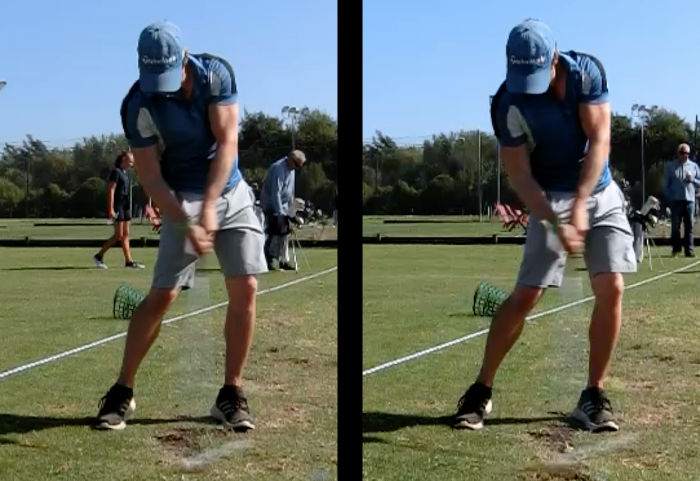 As I mentioned in “why your golf swing changes every time” – one of these was a good shot and one flew 30 yards short due to a poor ground contact. The differences in body motion are minuscule.

A Game Of Two Games

The golf swing could be seen as having two goals. 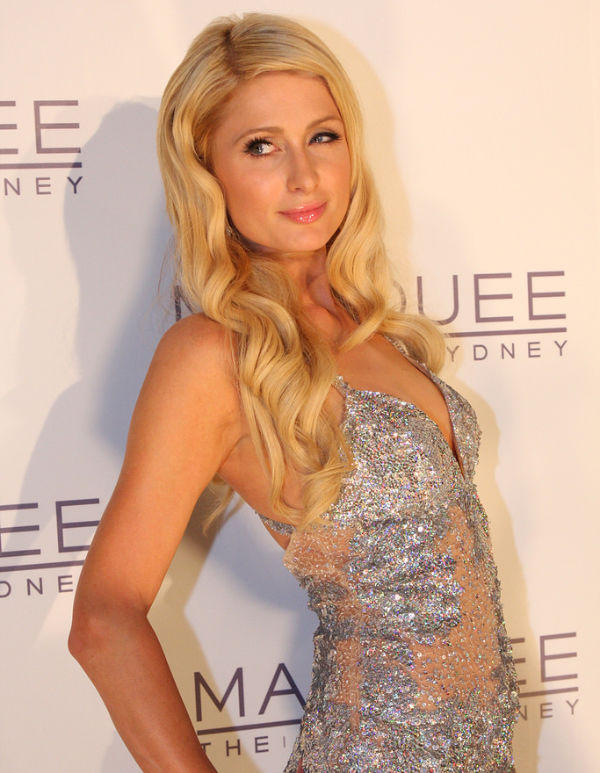 Just because it’s pretty, it doesn’t mean it works.

So the question is, how do we improve the micro?

Think of it this way – with the soup of moving parts we have (all moving differently every time we swing a club), our goal is not to minimize those movements, but to help them coordinate together better. 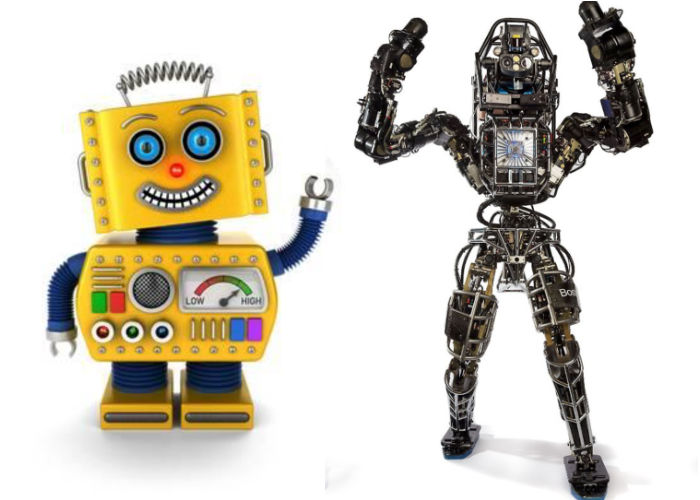 Even in robotics, engineers are not trying to limit degrees of freedom and variability (yellow robot). Instead, they are utilizing more moving parts and increasing the synergy between them (as in the Boston Dynamics robot – right). This allows for a more adaptable robot.

You are unlikely to improve the movement synergy by focusing on the body movement directly – this is the irony. Say, for example, you try to focus on the 1 degree of arm flex you may or may not be randomly adding – sure, you will gain control over this (to a certain extent), but at the cost of the coordination of all the other 100 moving parts.

We know, from the research in motor learning, that movement synergy is improved when there is a focus on the movement outcomes. For example, darts players who focused on the arm movement (the macro mechanics) improved the control of the mechanics, but at the expense of a poorer result (due to poor synergy between the micro-mechanics). The reverse was true. (Lohse Et al. 2010)

It’s as if we give our brain a single goal, and our brain then organizes all the moving pieces in a way which will achieve that goal. 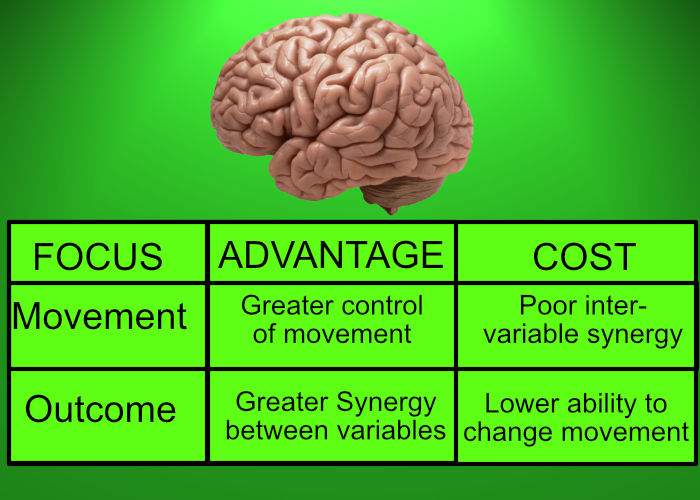 The biggest irony of all of this is that 99% of golfers try to minimize outcome variability by focusing on the macro moves – working on their swing. Again, while this gets us into the ball-park, it also tends to hurt our synergy of micro-mechanics.

Don’t misquote me – this is not to say that working on your swing is bad. On the contrary – changing the big movement patterns can certainly improve performance, especially if you have “ball-park” issues.

If you want to change your general patterns, usually you will find answers by looking towards the bigger movements.

However, ultimately, as the PGA tour shows, we will always be at the mercy of our micro-mechanics when it comes to playing our best golf. Even pro-level swings don’t hit targets every time.

CHECK OUT TIGER WOODS’ NIGHTMARE ROUND

For some golfers, these micro-mechanics affect their games more than others.

Take the example of a player who has their low point behind the ball. 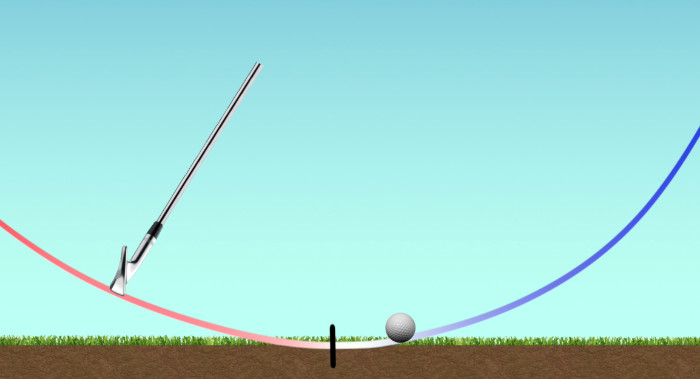 Sure, they could hit a decent shot, if their control of their swing height (arc-depth) is impeccable. However, a subtle drop or raise in arc height would produce a big fat shot or a bladed shot. 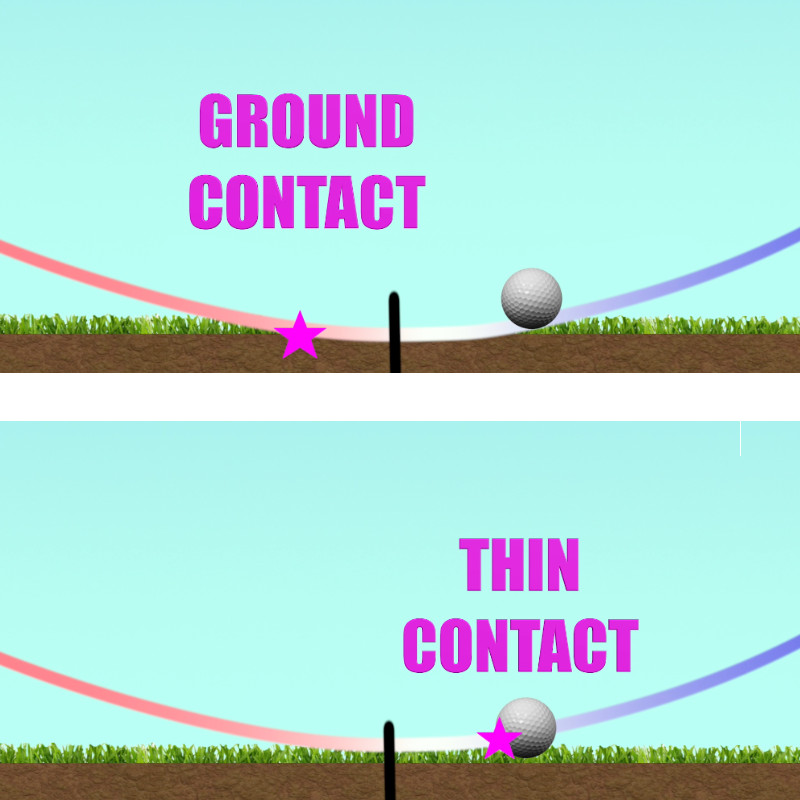 On the other hand, a player who has their low point in front of the ball is less affected by the same rise/drop in height. Sure, they would hit it fat/thin, but not by nearly as much. 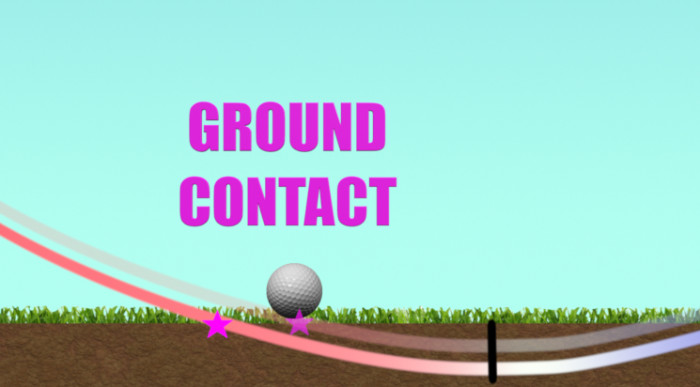 When the lowest point of the swing arc is in front of the ball (macro), and small rise/drop in height (micro) affects the ground contact and result less.

For years, very few people have known how to teach/improve golfers from a micro-mechanic standpoint. It has always seemed to be the intangible “ghost in the machine”.

However, I’ve developed a skill-based training system that improves coordination and control – based on the motor learning research findings regarding learning and attention.

I’ve also looked at the macro mechanics of strike technique, and put it all together in a program that works on both the macro and the micro. It’s called The Strike Plan – click the image link below to learn more.