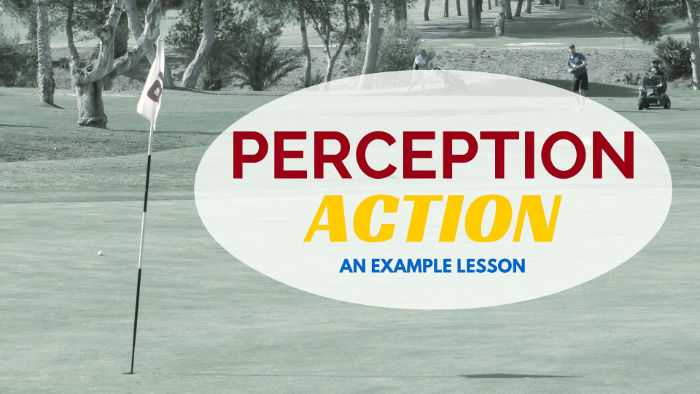 This week, I had an interesting lesson which hit home an important topic. While this idea is second nature to me, I realize that many players do not even realize the importance of the point in this article.

I arrived at the lesson tee to see the pupil warming up. They were hitting these beautiful 10-yard-draws into the target over and over again. All of their shots are landing in a 20-yard circle which, if an appropriate strategy were to be played, would give the player no more than a 35-foot putt for birdie.

So, I asked the player “when are we going on tour?”, to which he smiled.

But, I was partly serious – if this player is able to transfer these results to a golf course, they should at least be shooting level par. So, I knew the next stage was to improve their ability to TRANSFER the skills they are showing from the range to the golf course.

I told the player that we were going to now pick different targets each time, so I gave him a new flag to aim at on the right-hand side of the range, and asked that he do his routine as if he were on the golf course. What ensued next was incredible.

His action changed so dramatically that it was hard to believe that he was the same player.

The player started to panic and quickly asked “what’s going wrong?”, as they couldn’t believe how quickly they could ‘lose it’ compared to what they were doing literally a few seconds ago.

But I knew what was happening, and I knew it would be one of the most valuable lessons the player could have for their long-term development.

I am sure this has also happened to you, where you are on the range, block practicing away and hitting great shots. Then you get onto the course and it was as if you have never hit a ball before.

Perception-action coupling, although a long and scary word, simply deals with how you perceive what is in front of you, and the subsequent action you produce. The ‘perception’ part will include anything from;

and much more. A change in one or more of the above can greatly influence your technique, often below you conscious level. 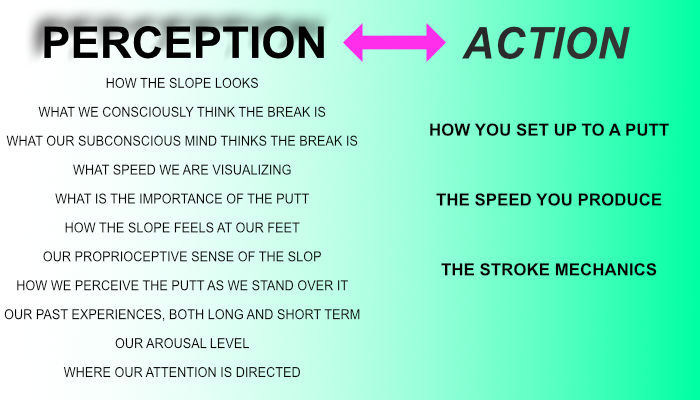 An example of PA coupling for a putt

This perception then influences our movement patterns – often due to a change in focus (locus of attention).

In this player’s example, when he was hitting the shots like a tour pro, he had a greater focus on the process of getting the club to move through the ball better (what I define as an external process focus).

However, when a target was introduced, his attention flipped to the flagstick (what I define as an external result focus). What ensues is the movement pattern which was learned with that focus – namely his old swing (where the swing path changes to a more rightward direction). 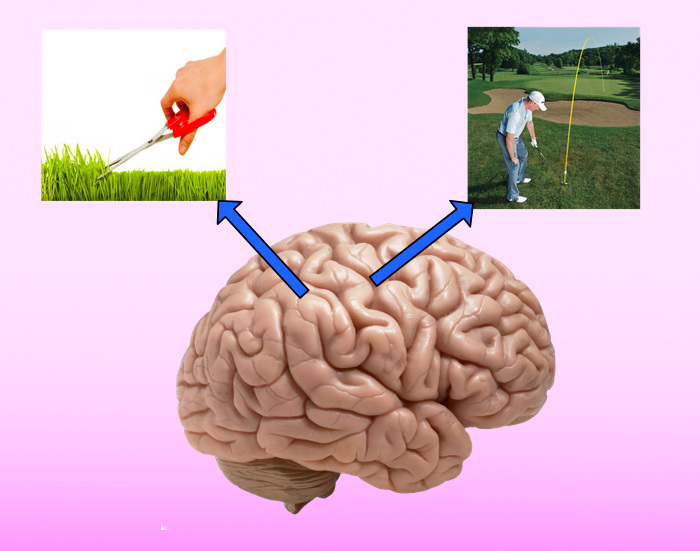 The thoughts you have (E.g. cutting the grass versus a target focus) will have a big influence on the subsequent motion

I hate using the term ‘fix’ in golf, but here is what we did to improve the situation.

When this player was hitting their ‘pro-like’ shots, they never really took much of a look at the target. They were clearly very focused on the process of the club movement through impact. Whereas, when the target was introduced, they spent a lot longer looking at the flag-stick. This indicated to me that a change in attention had occurred.

This was further confirmed to me when I asked the questioned this player about where their attention was, and they openly stated

When there is a target, I think about the target…… but when I was hitting the ball well I was just focussed on what I was doing with my swing path.

So, we worked on a routine which enabled the player to create a better control over their focus of attention. Although we can’t control our attention 100%, we do have a good influence over it, and this can be improved by practicing it (just as meditation helps us gain improvements in attention), as well as using specific feedback. 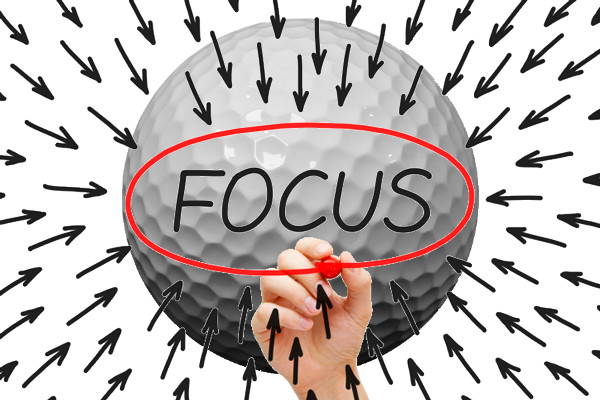 I also encouraged him to change his practice from more of a blocked practice style to random practice, which included

This does a few things

While everyone is scrambling around for the latest ‘swing secret’ to take their game to the next level, very few people are looking at how a player’s perception and attention influence a movement pattern.

We know from neuroscience that when you think different thoughts, different parts of the brain light up. We also know that different types of focus (internal, external process, external result, neutral etc) produce very different results. So, if you want to start playing your best, you have to understand how perception and attention influence you as a player, and how to train these mental facets.

We also know that players respond differently to certain loci of attention (where you place your focus). For that reason, I developed the concept of PERFORMANCE TRAINING – one of the 5 phases of improvement in The Practice Manual – The Ultimate Guide for Golfers. Click the image below to find out more.

Don’t forget to enter the incredible competition running this month. I have some incredible prizes, including a GAMEGOLF Live! Click below for more details 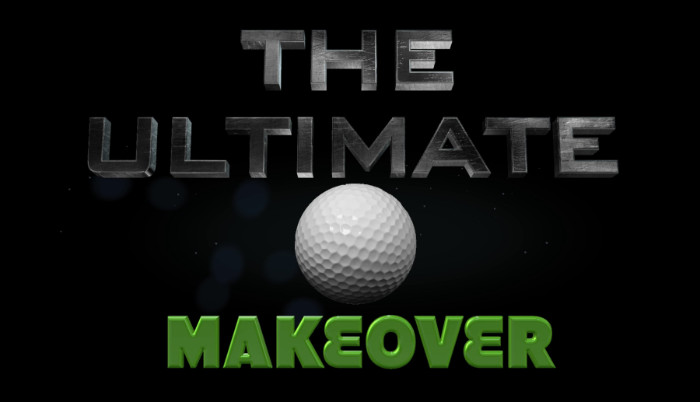