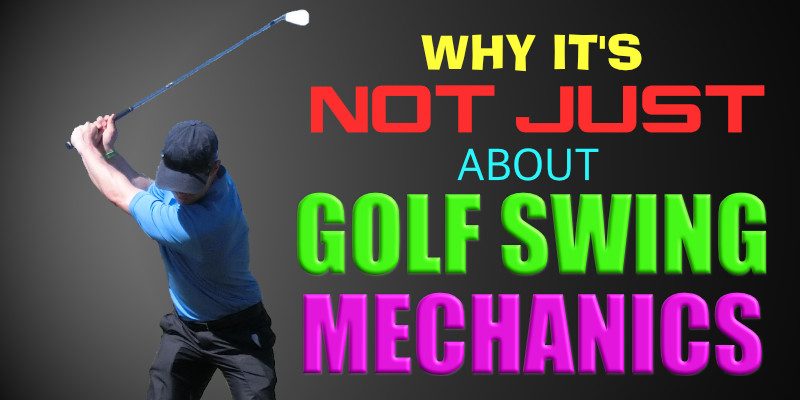 There’s a big problem in the golfing world.

Everywhere you look, people are analyzing symptoms. Watch a pro hit a poor shot on the TV, and you will be instantly greeted with a slow-motion breakdown of their golf swing mechanics (which, by the way, is usually jargon-filled garbage based on 80’s information). 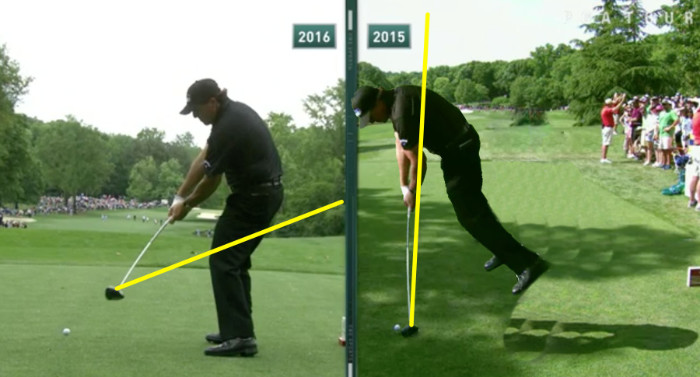 I’ve seen some pretty comical swing analyses from TV commentators in my time.

But the mechanics of the swing are often just a symptom of other underlying and unseen forces. I’m going to give a few examples to make you think a little deeper than the average Joe.

Ever read a 5ft putt and was sure it was 3 inches left to right. Then, as you stand over the putt, you feel like the putt has less break than you originally read.

You try to trust the line, but your unconscious pushes it towards the hole and you miss right.

If you delve deep enough into your brain after each shot, I’m sure some kind of internal dialogue like this is happening all the time (maybe not verbalized, but the “feeling” is there).

Immediately, most golfers (and instructors) chime in with;

oh, you/I opened the face during that one because (insert mechanical cause-effect chain here).”

But you’re not looking at the situation properly. 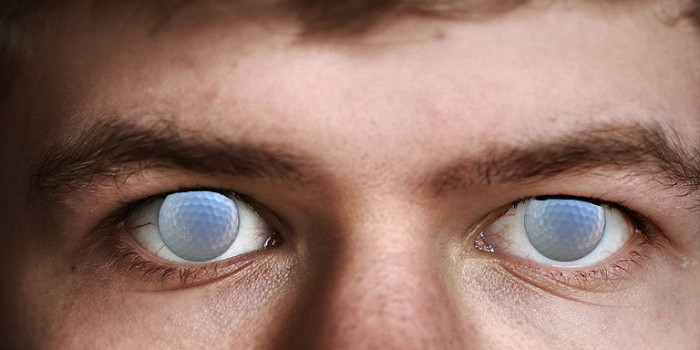 There’s more to this game than meets the eye

You’d be an idiot to go and “work on your stroke mechanics” here because that was never the issue. The stroke mechanics were a symptom of the internal dialogue/feelings of uncertainty and perception of the amount of break as you stood over the ball (we call this perception-action coupling in motor learning).

The “push stroke” mechanics were a symptom. You can’t cure an illness by dealing with the symptoms. You have to hit the underlying causes.

This psychomotor effect can come through in many forms

The above are just a few examples.

I once had a lady who had been to 3 other coaches and had 3 years of lessons – yet was still topping 9/10 golf balls.

Here’s a list of what she was working on;

I even put her swing on camera and showed it to a forum of 3000 teaching professionals and asked her why she was topping it. I got about 400 responses – all of them discussing some kind of mechanical fix.

Wanna know what I did?

I delved into her mind. I asked her questions about her concepts. Things like “how do you think a ball gets in the air?” and “Do you think you should brush the ground – and if so, where?”. 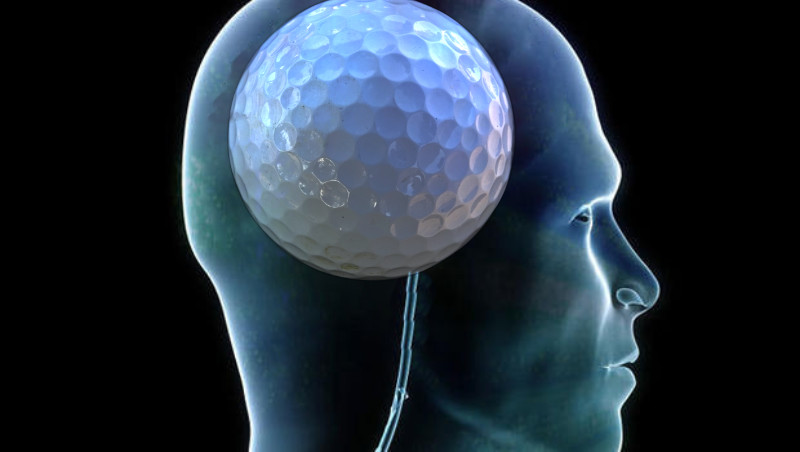 Sometimes we need to delve into the “golf mind” of a player – after all, it’s the brain that creates the mechanics

I quickly found out that this lady thought that making a divot or brushing the grass was incorrect. In fact, she was frightened of hitting the ground.

I gave her a few quick concepts, told her to brush the ground as close to the ball as possible (and we videoed impact to get feedback). Within 10 minutes she was now hitting 9/10 balls in the air.

This is a perfect example of the mechanics being a symptom of the concepts. A poor understanding of something as basic as how we get a ball airborne was creating the poor results.

Trying to fix the poor concept by forcing mechanical changes was just creating more issues and not getting to the root of the problem. 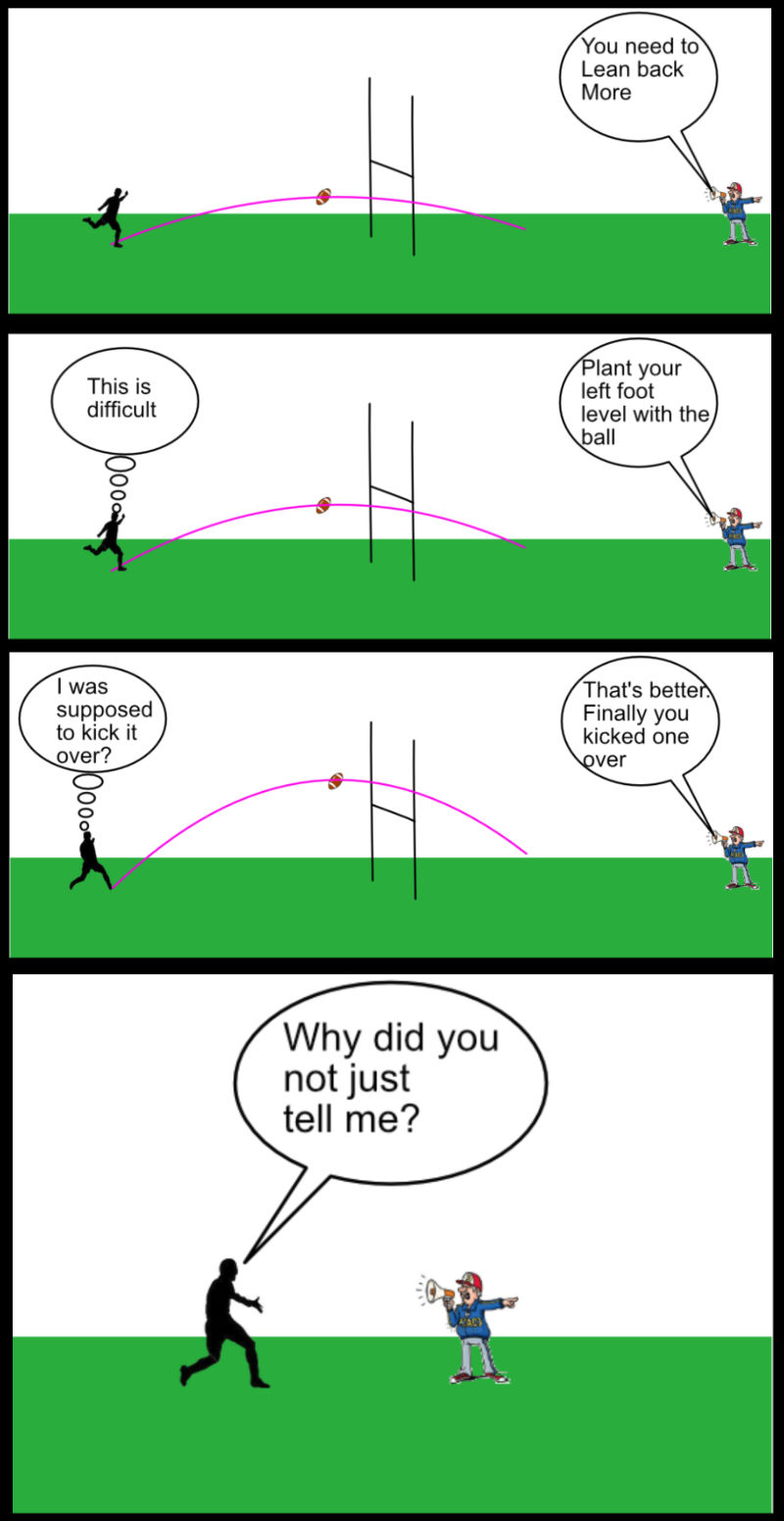 I know most golfers reading this will be thinking

“Yeah, but that doesn’t apply to me”

I can tell you now that it probably does. The amount of golfers who come to my lesson tee with poor concepts of why the ball is flying as it does is close to 90%.

You get the picture.

I would say that poor concepts are one of the biggest factors which stop the average golfer getting better. This is why I created a whole module discussing everything you need to know about ball flight in Next Level Golf.

Better concepts allow you to self diagnose and self-coach much better.

So now we can see that there is more to this game than mechanics – and that the mechanics can be purely symptoms of underlying factors.

There are so many things which can give rise to the techniques that we see/produce;

As a coach, I am trying to dig into the brains of my players and see them as more than just mechanical meat. 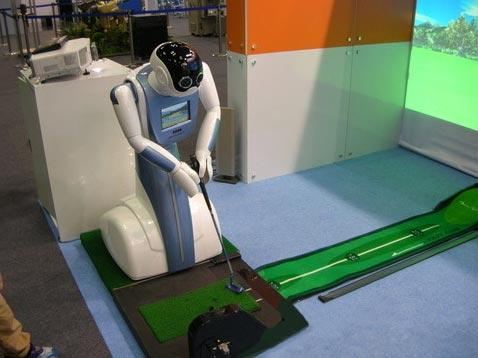 As a human, you have so many more factors influencing your mechanics than traditional coaching covers

Many players often report that I can (scarily) tell exactly what they are thinking, like a mind-reader. I’m no mind-reader – I’m just pretty good at reading body-language cues and seeing how that relates to thought processes.

I’ve come up with many ways to tackle this as a “human problem” (as opposed to seeing golf as a purely mechanical problem, which is myopic and un-evolved). For example, by using;

In Next Level golf, I go through these topics in more depth, giving practical examples of how you can implement them into your game and training. If you want to delve deeper than most golf instruction, click the image below to learn more about Next Level Golf.