Searching for the Secret of Golf 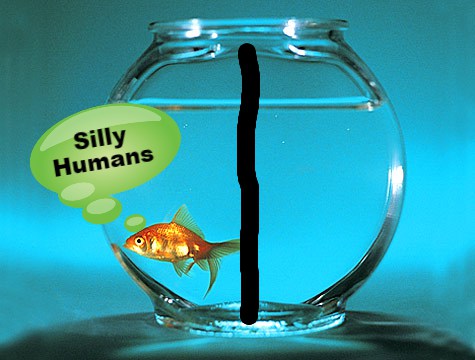 Searching for the Secret of Golf

Humans are funny creatures. We love to feel like we are in control, yet more and more science is showing us that consciousness (our idea of “I control myself”) is pure illusion. Through the power of language, we are able to represent ideas, thoughts and feelings to ourselves in verbal terms, giving us the sense of ‘I’ – the person within my body. But in many ways, we are no different to certain animals that have no conscious (or not recognizable by what we deem conscious) thoughts. 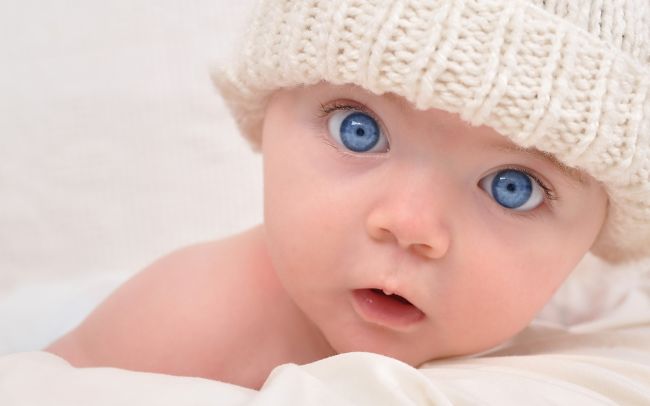 Before a baby has language developed, they cannot say
to themselves “I am hungry, let’s cry”. Instead, they are
automatically programmed, and this is further reinforced
by operand conditioning. Consciousness (the feeling of ‘I’) comes later,
but is an illusion of language.

Take a caterpillar, for example. What is it like to be a caterpillar? We cannot answer this for sure, but it is very likely that caterpillars have no free choice; instead they are directed by chemical signals both internally (hormones) and externally (food scent etc).

I recently saw a row of caterpillars lined up like a rope. Luckily, I didn’t touch any, as it turns out they are highly poisonous. But they were following each other head to tail – they are called Processionary caterpillars for a reason. 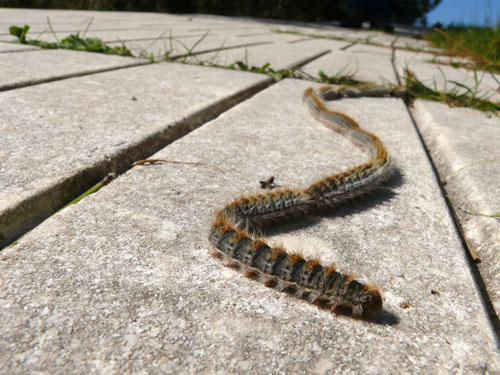 Nope, it’s not a snake – but these caterpillars have just as much Poison

Why do they do this? Well, the leading caterpillar sends out a scent from its behind, and the next caterpillar just follows it like a zombie. This helps give them the appearance of a snake to protect themselves from predators. But they had no conscious choice in this decision to follow. In fact, if these caterpillars are placed in a circle, head to tail, they will follow each other around in a circle endlessly until they starve to death – interesting what scientists find out 🙂 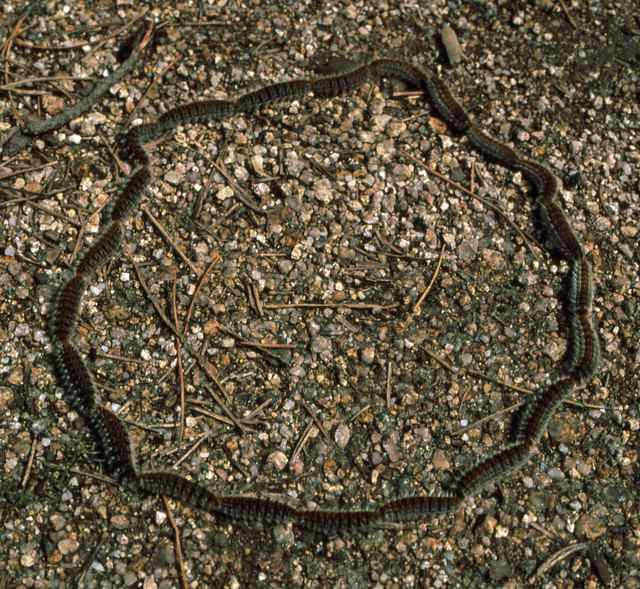 What does all this have to do with golf?

The way that we learn has many similarities with most animals. One of the major functions of our brain is to make links, or associations. A famous scientist, B.F. Skinner, once did an experiment with pigeons. He placed them on a table and rewarded them for certain behaviours.

The above video shows the pigeon quickly getting conditioned.

He also did another experiment where he put pigeons in a box, and gave them rewards randomly. he left them for a few days and came back – the pigeons were insane. They were doing incredibly complex ticks, head bobs, circles, looks over their shoulder etc in ordered patterns.

It seems as though the pigeons had maybe looked over its shoulder, and then a random food reward came. Subconsciously the pigeon had associated this look over its shoulder with reward and so repeated it. But after a while of no rewards coming, the pigeon added more and more complex behaviours, believing that it was influencing the random rewards. 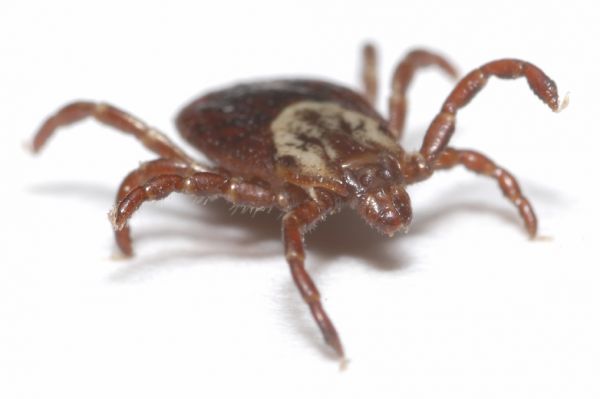 And I am not talking about these ticks!

But surely we humans are not stupid enough for this. Think again. Derren Brown, a famous British mentalist, conducted an experiment where he locked a few people in a room full of bean bags, tables, coloured circles on the floor and other miscellaneous items. There was also a counter on the wall above the door, and a sign saying

When you reach 100 points, the doors will be unlocked and you will be free to go

They all looked confused as there were no rules for how to create points. One guy picked up a bean bag to look at it and put it down, before noticing that the points counter now read 1. So he tried it again, but to no avail. Then someone across the room sat down, and the points counter went up again. So now they tried to pick up a bean bag, and sit down at the other side of the room… bingo, the points went up again.

After about half an hour, you see a bunch of people picking up, putting down, sitting on, moving around bean bags, chairs, tables and other items like madmen. Finally the counter reaches 100 and they are set free. You can watch this – I have linked the video at the end of this post.

I’ve figured it out

Being interviewed afterwards, it seemed like every person had ‘figured it out’. They all had some sort of idea for how the points were created. But then the real answer was revealed to them.

An aquarium in another room had a black line drawn down the middle. Whenever the fish randomly crossed the line, the counter would go up one. The people and their actions had absolutely nothing to do with the points, but every one of them thought that their ‘rules’ for the game were correct.

This associative learning served us very well in the past. Associating hot stoves with pain, smells with experiences, roars with danger etc was advantageous to our survival. But sometimes these associations go wrong and we make false links, like the pigeons and the people in the experiment.

These links and associations become more frequent when a high stress situation occurs, and/or high task difficulty, and also when the reasons for failure are unknown. Baseball players are renowned for being superstitions, with lots of weird movements and routines taken before they perform. And what is more ‘task difficult’ than golf – probably the hardest game in the world.

You could be doing yourself more of a disservice by making these constant links unchecked. I have seen so many weird swings and quirky movements from amateurs. When questioned about them, they usually reply that they had a good round or hit a good shot ‘trying this/that’ and then tried to do more of it. More often than not, it is the thing we then work on eliminating from their technique, as it was never the reason for their success in the first place and is now causing problems.

A real scientist knows that correlation does not equal causation, in other words, just because someone does something and gets a certain result, doesn’t mean that doing that same ‘something’ will give you the same result. For example, long hitters tend to have a very big X factor (difference between hip and shoulder turn), but getting a big X factor does not mean you hit the ball longer. In lots of cases it can actually do the reverse.

Don’t be a skinner box pigeon. Don’t be one of those guys on the range searching for the secret and making false links left, right and center. 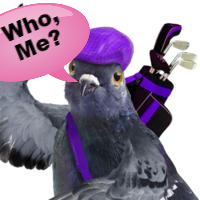 Learn about the Ball Flight Laws, so that you know exactly what is causing what. Then go and see your qualified teacher who can direct you to make better associative links. Your teacher is your path to success. Left alone, you will probably spin in circles making false links as you get those random rewards of occasional good shots. But your teacher can set you on a clear and guided path, as they know what it takes to improve and they are masters at guiding people – they live it.

And remember, there is no secret to golf. Some have claimed it (Hogan and Moe Norman), but usually those guys have had a good 20-80,000 hours of practice. If you are constantly searching for the secret, you will end up like most people – spinning your wheels year after year with constant quick fixes and placebos swing thoughts. If there is any secret at all, its basic fundamentals, a good concept of how to hit the ball, an understanding of ball flight laws and then around 10-20 thousand hours of practice. I’m sure you will find the secret then, just try not to be a pigeon along the way.

The Strike Plan includes exercises, visuals and techniques to speed up your improvement in the most vital area of your golf game – strike quality.

Improving strike has rapid and dramatic positive effects on your game, from increased distance to more consistency. To find out more click the image link below.

And here is the video showing how humans can fall into the same traps as pigeons.