Self Organizing for Golf 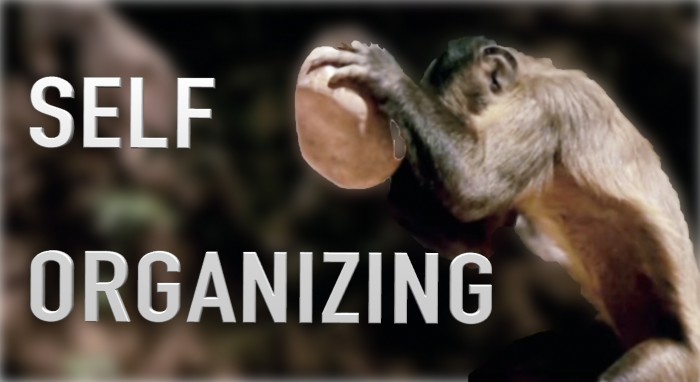 Self Organizing for Golf

Self organizing (in movement theory) refers to how the biological organism can automatically arrange all of the necessary movements needed to achieve its goal. Normally, this is better achieved with a focus/awareness of the goal itself, allowing the movements required to develop subconsciously.

The motion of the fingers wrist, elbow, shoulder and body (as well as all the forces, release of forces and timings of the releases) are automatically arranged in a harmonious blend to achieve the desired goal. The movement is not consciously dissected, but arises from subconscious mechanisms.

This is in stark contrast to consciously arranged movement, where players direct movement through a heightened awareness,and usually an internal focus of attention (E.g. “move my left arm this way”).

As a simplistic example, if a person wishes to put a fork into their mouth, the brain will arrange correct combinations of movements at the shoulder, elbow, wrist and fingers to achieve this goal, by using the correct forces and torques required to create this movement.

As a more complex example, a human body during walking will arrange all of the joint angles, centre of pressure/centre of mass relationships, ground reaction forces, muscle firing sequences, acceleration and deceleration profiles (and much more) TOGETHER in a way which achieves the goal (walking).

The organism can also select many different subtle movement combinations (variable blends of the above), or wild variances (running, jumping, crawling), to achieve the goal, but these combinations must be a harmonious blend; if just one change were to happen without a corresponding blend of other changes which match it, the whole movement may fail. For example, in putting a fork into our mouth, you couldn’t have the wrist doing the right thing but the elbow doing the wrong thing. It all has to work together – the concept of wholeness. 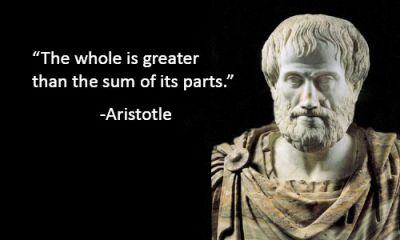 Self organizing is the way that movements are learned in nature. Our brain pushes and pulls all of the variables in the right amounts at the right times, gradually getting closer to achieving its end goal. Initially, the system is very chaotic – but through positive feedback, variables are closed down synergistically until the system has self organized into something functional.

In order to effectively self organize, it generally requires that

People often state that “If self organizing worked, we would have better golfers everywhere”. Look to the above bullet points for reasons as to why self organizing of better patterns may not be happening.

The below video shows an example of how a specific kinematic sequence, complete with appropriate acceleration/deceleration and kinetics can occur when the above is in place.

The Strike Plan includes many concepts and drills which encourage self-organization of better technique. Click the image below to find out more.