Should You Draw Or Fade It Here? 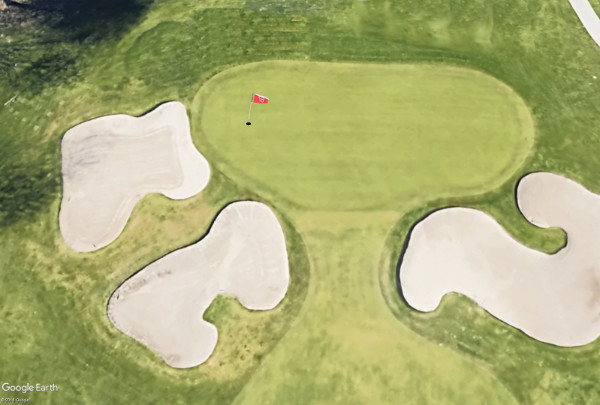 Should You Draw Or Fade It Here?

I asked a polarizing question on twitter this week

Ignoring the fact that most people don’t have the ability to shape it both ways (don’t worry about this – you’ll see it’s not actually that relevant), let’s look at what the right answer is.

Imagine we have 2 different players (player A and B).

In other words, each player (for this example) has a consistent path and a 3 degree clubface presentation window. 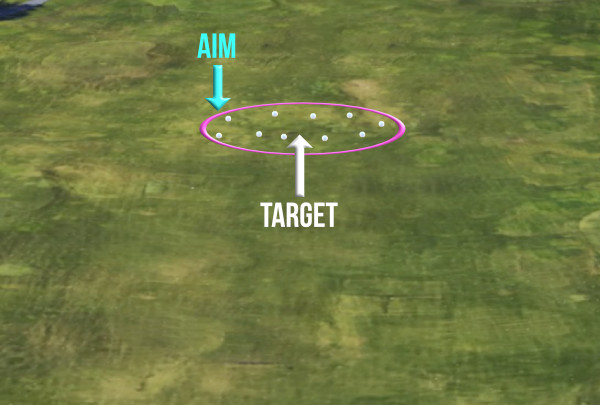 Player B likes to draw the ball – they aim right of their target and curve the ball from right to left. Their shot pattern always finishes to the left of their aim (and path). 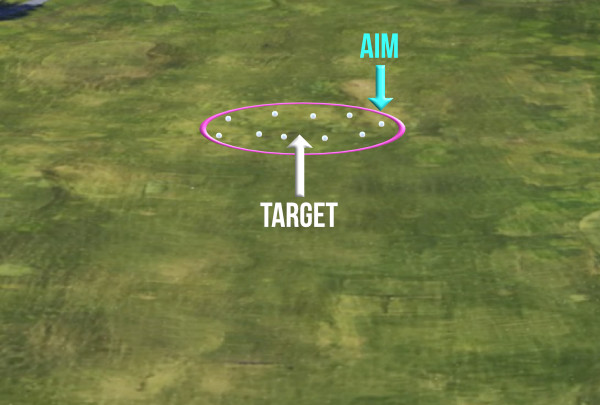 However, both players have the same shot dispersion and proximity to that center line – they just aim differently to achieve it. 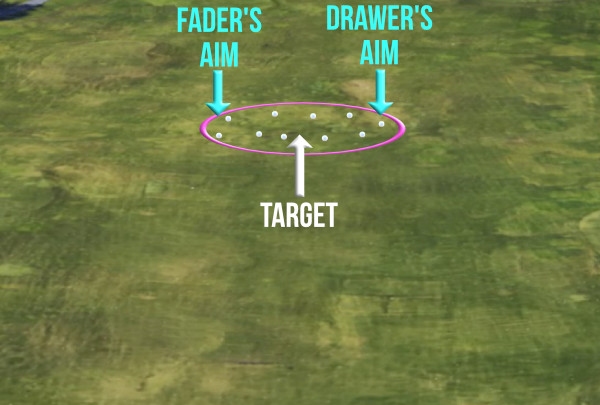 Imagine each “ball” in the picture represents 10% of their shots. So this dispersion circle could be said to be their “shot probabilities”. We don’t know exactly which one of those shots will come out on any given golf swing, but we can make a prediction based on their patterns and tendencies.

Imagine we are playing the below hole 10 times, where the flag is tucked on the left side and there is danger left.

Player A knows their shot pattern never misses left of their aim, so they aim at the left side of the green and hit their usual pattern of shots 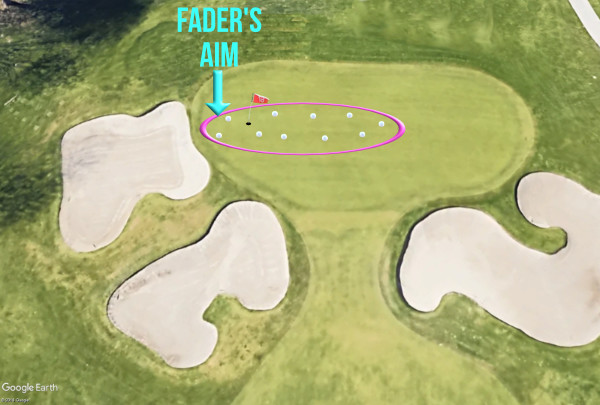 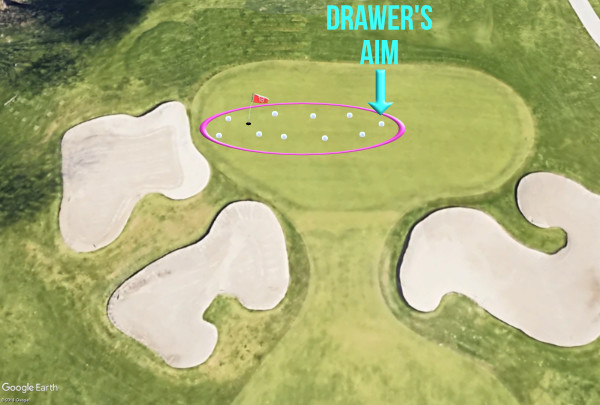 Which one is better – the fade or the draw? 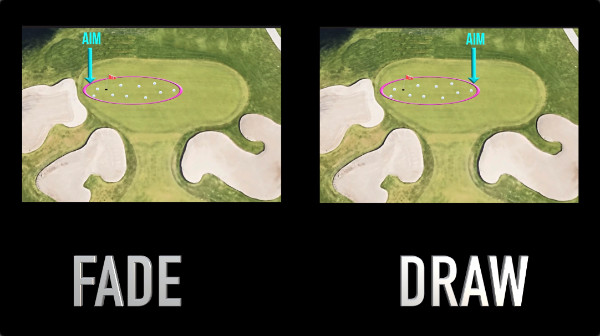 The point is – if the resulting shot pattern is the same, what matters more is how you overlay that shot pattern

A Draw Is Better

Many people claimed that a draw is still better because a shot that goes too straight (doesn’t curve enough) will land on the middle of the green.

Look at the patterns again – all probabilities for both fade and draw landed on the green (in this specific example). In fact, with the fade, a “straight” shot that doesn’t curve right would actually land closer (as the player’s aim is closer to the flag). 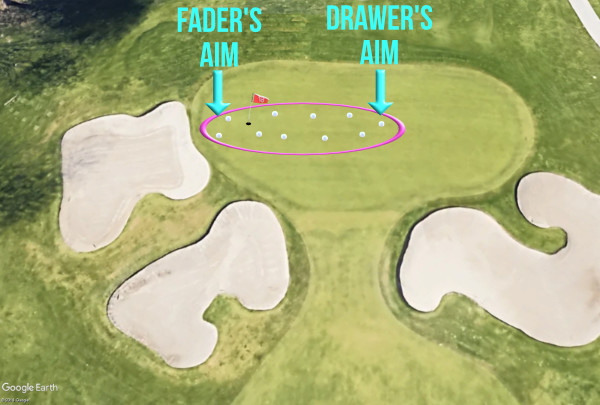 However, this assumes that either player is more likely to under-shape than over-shape. In real life testing with real-life players, I haven’t found this to be true. If anything, it is player-dependent (some under-shape and some over-shape).

Many pointed out that the patterns in the example are not indicative of real life dispersions.

With real golfers, they occasionally shape it the other side of their path ( a double cross). For example, a

This is true – so let’s run the numbers again, assuming that both players;

Now, the fader’s pattern (below) has 20% doubles crosses that go left of their aim, causing missed greens and dropped shots. 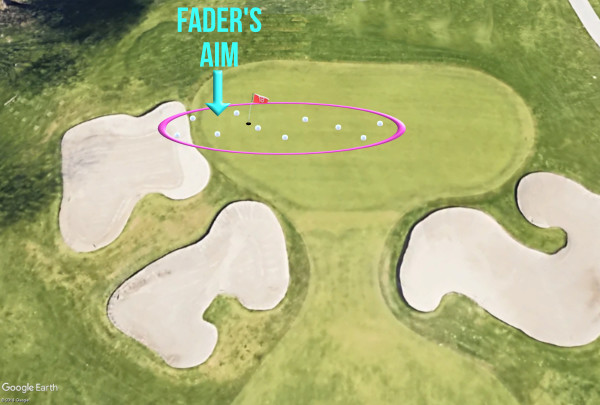 Whereas the drawer’s 20% double cross (push fade finishing right of their aim – see below pic) is still on the green, costing them fewer shots). 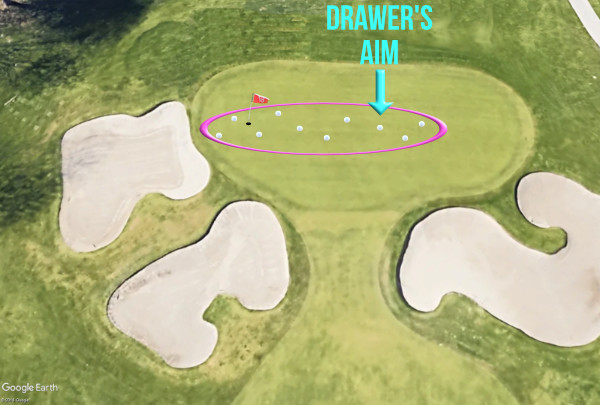 We can see in this example, given the same aims as before, the draw is indeed better – more shots hit the green thus the score would be lower.

However, if the fader of the ball takes a more appropriate aim point for their given pattern (which includes the potential for the double cross), the outcomes and thus scores are, once again, identical.

In the above picture, the fader has simply shifted their aim slightly more to the right to allow for those 20% double crosses.

The message here is;

In “The Accuracy Plan” and “Next Level Golf”, I show you how to

Click the image link below to learn more about Next Level Golf.