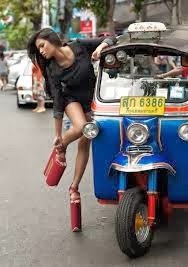 February 13, 2014 2:45 pm Byadmin InUncategorized
3
In my mind, there is an important distinction to be made between skill and technique. For the purposes of this article, I will define how I personally view each one.
For me, skill relates to your ability to do what you intend to do. As an example, if I intend to throw a dart at the bullseye, my skill level is higher when my ability to get closer to (or hit) my intended target increases. Technique, for me, refers more to the ‘how’. Two darts players can have similar skill levels, but demonstrate that skill through massively varying techniques. Similarly, in golf, two players can have a similar ability to hit their intended target, but do so in very different ways. Also, within the same golfer, a professional golfer would have a better skill at getting the ball to the target than a 28 handicapper, regardless of what technique they used. A pro could swing right, left or even use a reverse weight shift, and still perform better than the 28 handicap player with a more orthodox technique.
Jim Furyk
Matt Kuchar
So you can see in the above two videos that, Jim and Matt exhibit completely different techniques. There are, of course, some similarities, but their styles are very different. They still both possess professional calibre skill levels.
The vast majority of golf instruction over the past century has dealt mainly with the technical side. There is the theory that as your technique improves, your skill level increases with it. Whilst there is certainly some truth to this, not many people have looked at the alternative – increasing skill levels in order to see an improvement in technique.

Under my definition of skill, it should follow that we should try to improve the skills which relate most to performance. The most direct correlation with performance would obviously be controlling BALL FLIGHT and result, so at least some of your training should be devoted to this. Whilst this statement is probably very obvious in theory, most people seriously get it wrong, or at best are inefficient in their ability to develop these skills.
The ‘technique junkie’ will make the mistake of never working on the result. They may be so obsessed with the look of their swing or the mechanics, that they never develop the ball control side fully. Whilst this is rare, better players tend to struggle with this, or over analytical players who think there is a ‘swing secret’ can fall into this trap. On the flip side, the majority players are only ever working on their ball control skills (at the cost of technical prowess). Whilst, theoretically, this can be a model which works, the way in which these players conduct their training doesn’t lead to extraordinary gains in skill.

Pretty is not always functional
I am very interested in how skills are developed. I have taken a lot of ideas from other sports and skills which I have learned, and tried to apply them to golf directly. I have also studied a lot of the research, of which more and more is emerging in this field every year, and added that to my training programmes for players. I will now outline briefly some of the key elements Which I feel are important for effective skill development.

Are you on the range just beating balls, looking at how ball flies and either being happy or upset at the result? If so, it’s time to make a small but simple change. Set yourself a goal in your practice. This could be as simple as creating an imaginary fairway (using two markers on the range as an outline) and trying to get as many shots as you can to hit this fairway. Doing this in sets of 10 balls and noting down your score can really increase your focus, motivation and ability to improve your ball control.

This doesn’t have to just be end performance related. For example, you could also focus on and improve your ability to hit the centre of the clubface. In my lesson example a few weeks back, I showed a good example of how a player I coached improved her ability to hit the centre of the face, purely through awareness and feedback, and a little motivational nudging. No technical cues were given, other than to try and hit different parts of the face.
See this lesson example by clicking here
﻿
Other more process oriented examples may be to focus on making a divot in the right place, or to focus on hitting shots with more open/closed clubface positions at impact. Sure, there is a crossover between where these ideas become technique, but they relate more to things you control with co-ordination rather than style. For example, I can hit the middle of the clubface with many variants of a grip, and with many different types of backswing.

As an addition to the above, noting down how many shots missed left and right can help you identify consistent patterns. One of the major differences between good and poor players is their ability to recognise patterns when they are occurring. I see a lot of poor players who say “I hit the ball everywhere”, when in reality they they have one major consistent pattern with a few anomalous results thrown in. Better players are able to adjust for their patterns more readily. For example, as an amateur golfer, I would miss around 95% of my shots to the left of where I was aiming. But my subconscious mind recognised this pattern and ADJUSTED MY AIM to the right of the target. This allowed my natural pattern to function better without the need for a technical change. Through better feedback, you will be able to develop this ability quicker.

Seeing the position of your divot, relative to where the ball was, is one of the
best bits of feedback you can get.

In order to develop skills, we must consistently push the boundaries of our current skill levels. Just like a strength athlete aims to add weight to the bar every week, we should do the same with our training sessions. Sticking with our example, an easy way to do this would be to make our target progressively smaller. To determine when we should progress, I usually use a 7/10 rule. When you can successfully achieve something 7 times out of 10, make it more difficult. Conversely, if you can only achieve a 3/10 success rate, it is probably best to make the task easier.

Train your skills by making the task more difficult. Your brain will respond
by increasing your co-ordination to improve your intention/reality ratio

One of the biggest paradoxes in skill development is that skills can be more efficiently progressed through conducting exercises which promote variability. The human body seems to learn best when it has lots of varying information with which to draw conclusions from, rather than sticking with one way. It seems then, that the adage of ‘perfect practice makes perfect’ is lacking, at best. Also, as golf requires a fair bit of adaptability (differing lies, environmental conditions etc), we can see how encouraging variability can help our playing skills beyond the range.
Adding to our example, we could do our fairway hitting exercise, but try to alternate the shape of the shot each time. This would be an example of what we call ‘variable practice’, as it is trying to complete the same task, but in variable ways. As a different example, we can improve our skill/ability to hit the middle of the club face by actually trying to hit the heel and the toe of the club on alternate shots. This would be an example of ‘differential practice’, where we are trying to improve our skills of face and path control through conducting tasks which we normally wouldn’t wish to do.

Don’t just try to Calibrate a perfect shot all the time.
Trying to hit different parts of the face can improve your skills and actually improve your ability
the middle.
So try to think of some of the skills that top players exhibit, and then come up with some ways of improving those skills through implementing some of the above tactics.

Working on your technique is a worthwhile goal. But see this as part of the puzzle. The style in which you swing the club is very different to the skills that you possess. Impact should be the a major goal to improve, and I am not talking about improving your impact body positions, I am talking about how the club hits the ball, as my ball flight article alludes to.
I tend to work on impact skills (divot control, strike control, face and path control, speed control etc) in an attempt to improve result performance directly. As a result of this approach, I almost always see positive improvements in technique, without even having to talk about it. This organic approach to learning technique or “getting your technique for free” is a perfect example of biological systems self-organising. Or as I like to call it, reverse engineering.
Please take the time to share this article on facebook/twitter, as it encourages me to write more free information. Also, check out my facebook page – search adamyounggolfcoaching – for updates.