How to Spin The Golf Ball 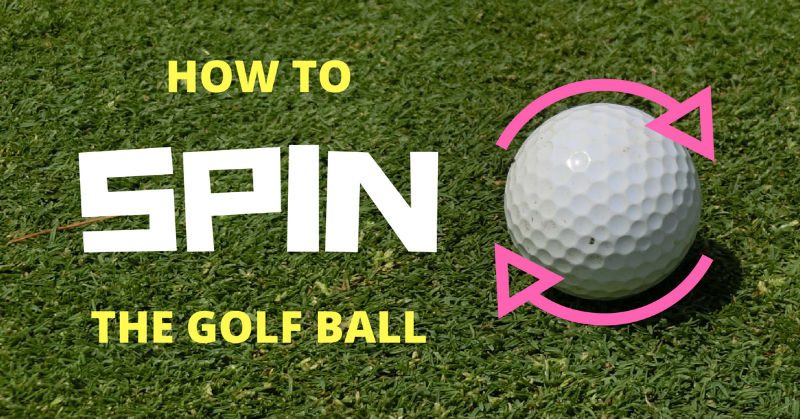 How to Spin The Golf Ball

This is one of the questions I get asked a lot by amateurs – how do you get a ball to spin back?

We see the professionals do it all the time – pitching it past the pin and ripping back towards the flag stick. However, for the most part, pros are not trying to do anything different when they do this; it is more a by-product of other things which are helpful to performance at the top level.

With that said, let’s have a look at how to spin the ball like a pro.

Spin loft (blue) relates to the difference between the angle of attack (red) and the loft of the club at impact (green). In general, the greater the difference between these two, the greater the spin (up to a point). I am not sure exactly where the cut-off point is, but there does become a point where increasing spin loft further does not produce more spin, for many reasons. 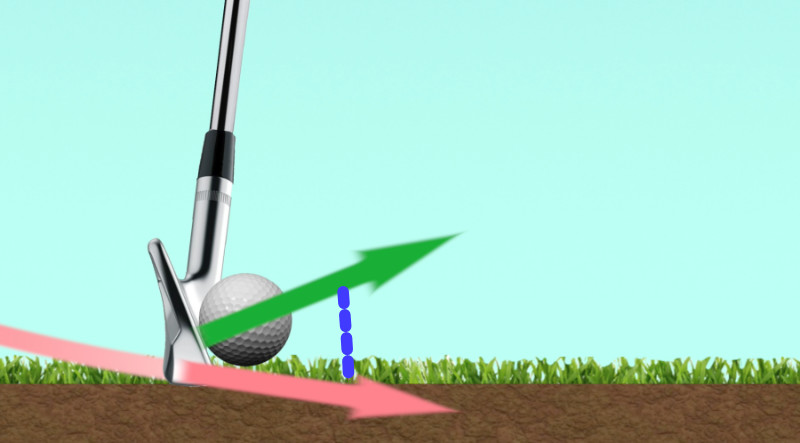 Image taken from The Strike Plan

The greater the friction between the club and ball, the more spin will be produced (if all other variables remain the same). Higher friction will also tend to launch the ball lower – hence “low spinner”.

Lots of this can be achieved with the ball quality – a top-make premium ball will tend to have greater frictional qualities than a distance ball/range ball. Also, having some sand on the clubface will increase its frictional coefficient – which is the reason why you often hit shots with greater spin after practicing in the bunker.

Striking the ground too early will put too much grass between the clubface and the ball. This often squeezes the water out of the grass and creates a very low frictional environment, resulting in less spin.

This is why the pros have learned to strike the ball first, and then the turf – it gives them greater control over the spin and distance consistency. You can learn how to do this better in The Strike Plan.

If you are like 99% of amateurs, you will be striking the ground too early, getting too much debris trapped between the face and the ball, dropping your spin rate dramatically.

Tiger demonstrating the ball-turf contact common amongst all pros.

Where you strike the clubface is also a factor in spin generation.

Strikes which are lower on the face tend to launch a bit lower and spin more. You may have experienced this when you have hit a shot a little bit thin, expecting it to dart through the green. Then you see it take one hop and stop.

With an iron, the reason for this is that, by striking the ball closer to the bottom grooves, we trap less dirt and grass between the club face and the ball – so there is a higher level of friction.

A top pro will have the skill and coordination to be able to produce this shot intentionally – although it is risky even for them. A little too low on the face and you will have a bladed shot – not fun!

However, with a driver (or bigger headed clubs), striking low on the face can increase spin because of something called “gear effect”.

This video demonstrates the gearing of the clubhead and the consequent increase in spin to the golf ball.

This “low on the face” strike destructive to your driving distances. Those shots that start low and rise through the air (almost floating at the end of its flight) might look pretty, but the high spin rate has just robbed you of 20-30 yards. A much better flight is the high launching, low-spinning rainbow flight, achieved by hitting the ball higher on the clubface.

People usually ask me how to spin a ball back when we are 15 yards away from the pin. I have to break it to them that they are probably not going to get a ball to rip back 10 foot – at best they will get a one-hop and stop.

The reason for this is that, for high spin rates, we need high swing speed. Having a good spin loft and all the other things is great, but they get magnified by increased swing speed because the force making the ball rotate is greater, as well as higher ball compression increasing the amount of ball in contact with the clubface. This makes the chance of spinning the ball back from 100 yards much greater than from 10 yards.

One thing people often don’t take into account is the green quality/firmness.

In Spain, in the middle of summer, the greens can be so burnt and dry that you can’t spin the ball much no matter what you do. I could make a golf swing (striking the ball pure) and it may hit a Spanish green, take a big bounce and stop 10 yards in front of the pitch mark. The exact same swing and strike on a green in Britain with the right conditions may spin back 5 yards.

So, if you have ever wondered how pros produce spin, now you know. A combination of

will do it for you. Just remember one thing – don’t go seeking high spin rates at the expense of getting the ball close to the flag – that is far more important.

If you want to learn more about improving your strike quality, check out The Strike Plan. Click the link below for more information.