The 5 Ball Flight Laws for Golf 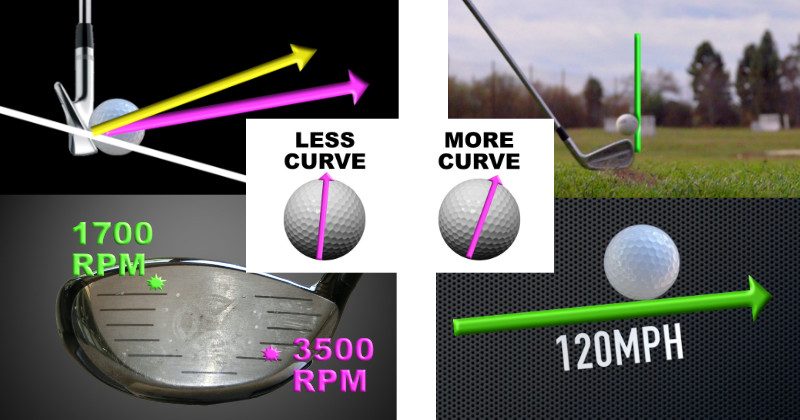 The 5 Ball Flight Laws for Golf

By understanding the ball flight laws, we can better assess why our end result is the way it is. The knowledge in this article can also help you in identifying what you need to change to improve your golf shots.

Did you know that you can work out

just by watching the first inch of ball flight? This is what Radar devices do (they actually look at and measure more of the flight, but the 1 inch rule is certainly possible).

If you just know the 5 ball launch parameters, the rest can be calculated from (simple) physics principles. Obviously this doesn’t take into account if the ball encounters wind, or takes a bad bounce – but we cant control those factors.

We can, however, control the 5 ball flight laws. So, what are they?

How fast is that ball coming off the clubface?

This is, obviously, one of the biggest determinants of max distance – but you could also think of it as being a huge contributor to distance control. A higher ball speed is great for long drives, but keeping it consistent is important for approach shots.

An amateur with a typical 85mph driver clubhead speed might launch the ball around 115mph, and up to 128mph on a perfect strike. To put that into perspective, Cameron Champ launches the ball over 190mph on a good drive, and a long-drive competitor can send it over 220mph.

Don’t get in the way of that!

Swing speed is a huge differentiator between the two camps here, but we have to transfer that swing speed to the ball.

Great face-strike quality is a huge contributor to this – hitting closer to the sweet spot gets more of the energy from the clubhead into the ball. 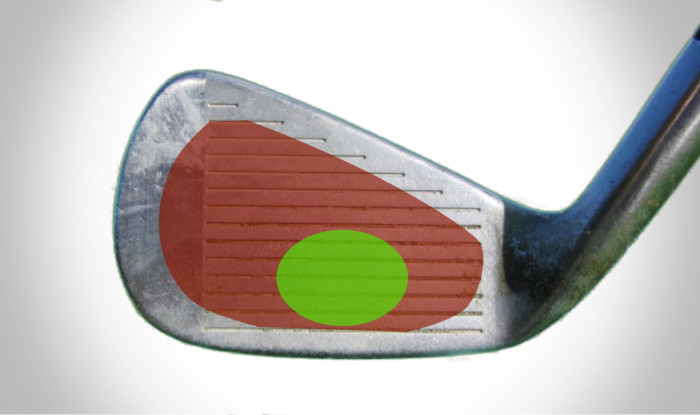 With irons, the quality of ground contact plays a huge role.

I’ve mentioned many times how 94% of approach shots hit by amateur golfers are short – and ground contact quality is one of the leading causes for this issue.

In my article (CLICK HERE to read), I showed how hitting just one inch behind a ball made the shots lose 10 yards of distance. Hitting 2 inches behind lost 36 yards!

I think this is why my video series, The Strike Plan, has had such a positive impact on the scores of golfers – improving strike alone leads to longer drives and more greens hit in regulation – the biggest correlation with lower scores.

This refers to whether a ball launches (vertically) higher or lower.

This is a pretty big determinant of the peak height of a shot (for a given ball speed), and thus will affect the land angle and stopping power of a shot. 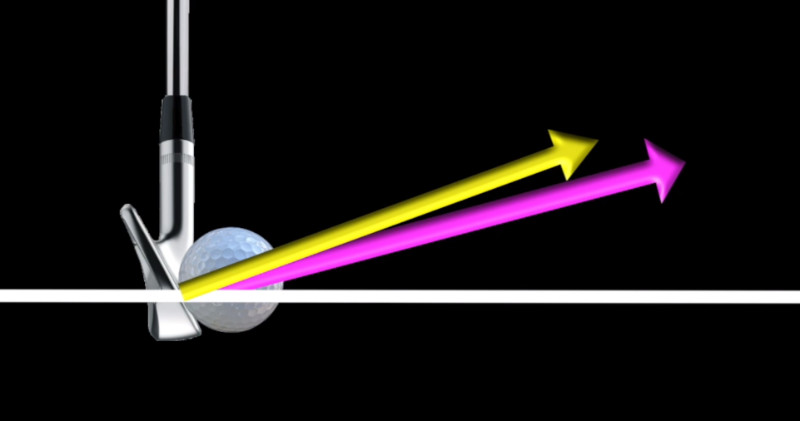 The ball launches (pink) between the angle of attack (white) and the loft at impact (yellow).

What most people don’t realize is that the launch angle is also a serious contributor to distance too. For example, a driver launched with the following parameters

If you launched the ball at 7 degrees, the ball would fly 240 yards

If you launched the same shot at 16 degrees, the ball would fly close to 260 yards

The main contributor to launch angle? NOPE, it’s not whether you hit up or down on it (like most people believe). Actually, 70% or more of the launch angle is dictated by the loft at impact.

So you can hit down on that baby by 90 degrees if you want – the ball will still pop up if you have some loft at impact – not that I would recommend that. 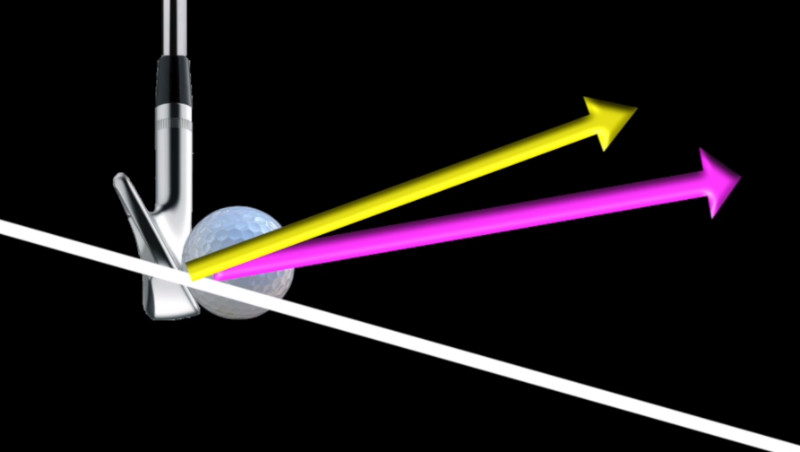 Even with an incredibly steep angle of attack (white), the ball will still launch up (pink) if there is sufficient loft presented (yellow).

Other contributors to launch angle are the

That segways us nicely into spin rate.

When most people think of spin rate, they think of the ball zipping back off the green – one of those bad things that happens, but you don’t really mind because it looked like a pro-shot. 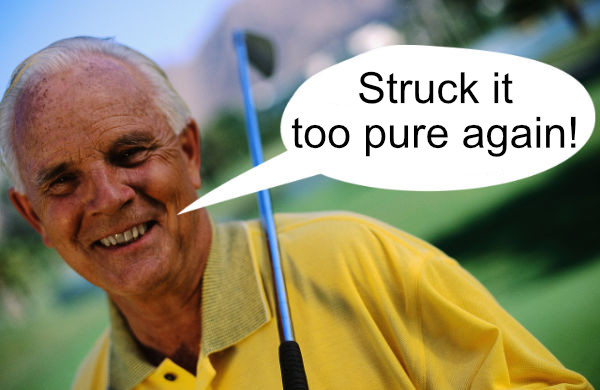 It’s a problem that many Strike Plan members face.

But spin-rate is more than just putting white lights on that baby. Spin can make a ball float like a butterfly, or dive like an Italian soccer player.

It can make or break your distance. In fact, a drive that launches at 16 degrees with 150mph of ball speed will go

And I’ll bet that some of the longest drives you have had have just had better spin rates than others – which begs the question….. What creates the spin rate?

The biggest contributors are the clubhead speed, friction and spin loft.

Spin loft refers to the difference between angle of attack (whether you are hitting up/down on the ball) and the dynamic loft. 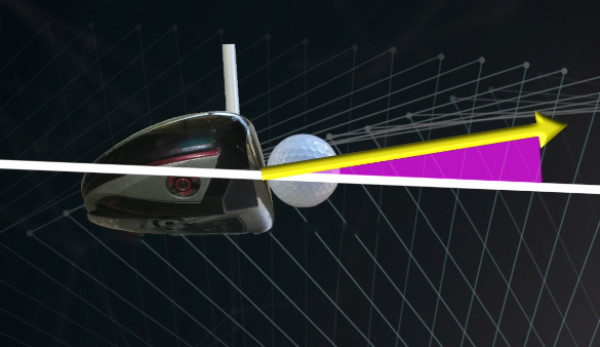 The friction between the face and ball also affects spin rate – hence ground contact is a vital skill when it comes to distance control. If you catch a little too much grass between the ball and face, you can get a lower-friction state, leading to a “flyer” where the ball goes too far.

Not many people realize this but the strike on the face has a massive effect on the spin rate with a driver. To put a visual on this, I recently hit a couple of shots intentionally from different parts of the face to see the resulting spin-rates. Low and heel produced around 3500 rpm – high and on the toe dropped the spin to 1700. 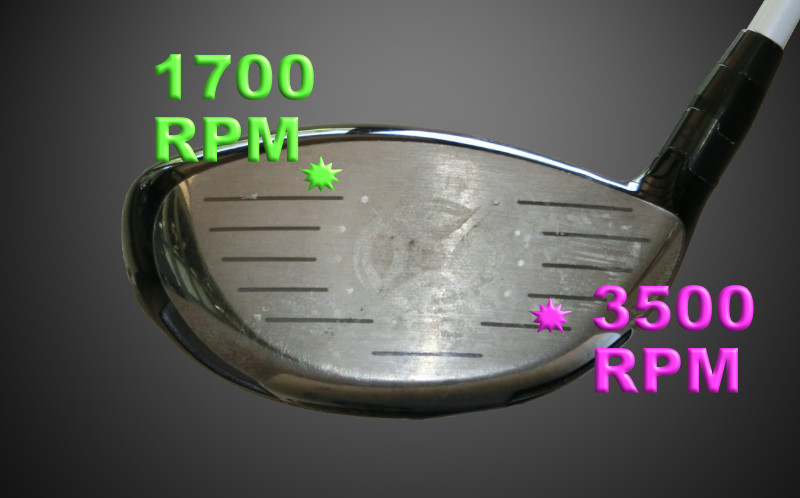 This is due to vertical gear effect – a topic I discussed more in a full article (link at the bottom).

This parameter refers to whether the ball starts to the right or left of the target. 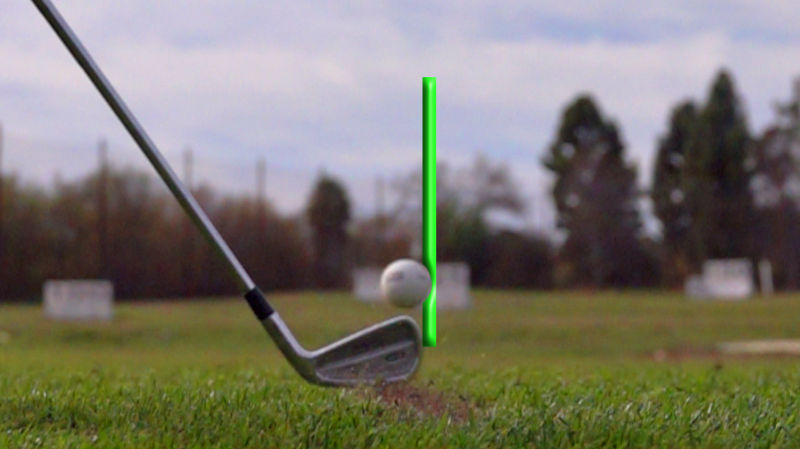 Did your golf ball start left or right of the target line (green)?

This doesn’t mean the ball will be an offline shot – you could start it right and curve it back to the left (a draw shot) or vice versa. However, whichever way you curve the ball (and by however much), you need to have good control of the start direction to get the ball on the target.

For example, many pros curve the ball a significant amount, but they start the ball left or right of the target to allow for that curve. 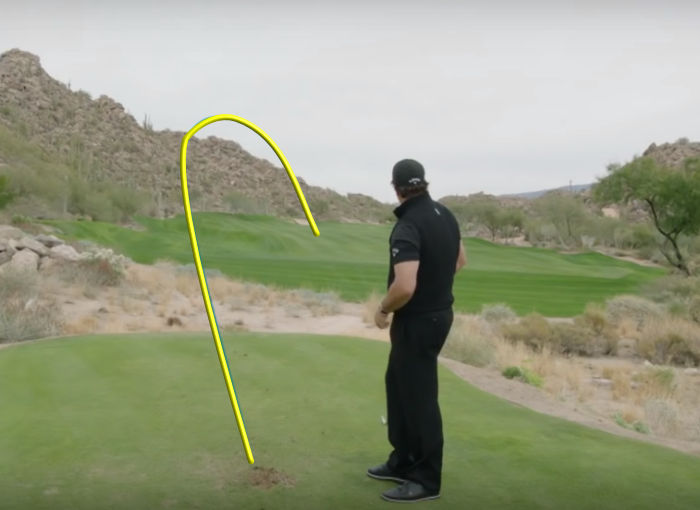 What controls the start direction?

The clubface orientation at impact is the dominant force here – accounting for between 65 and 90% of the launch direction. The swing path is the next in line, with around 10%-35% of the equation.

The ratio of path/face contribution is usually changed with spin-loft and friction – the lower the loft and friction, the more that face has a say.  In other words, a driver is more face-oriented than a wedge…. but both are face dominant.

This is why I’m always telling golfers to get their face under control. When we do this, the ball lands in the target more often.

We’ve heard of spin rate, but what on earth is spin axis?

Well, contrary to popular belief, a ball doesn’t have backspin and sidespin – the ball actually only spins on one axis. It could be said that every (well struck) golf shot has backspin, but this backspin could be on a more or less-tilted axis. 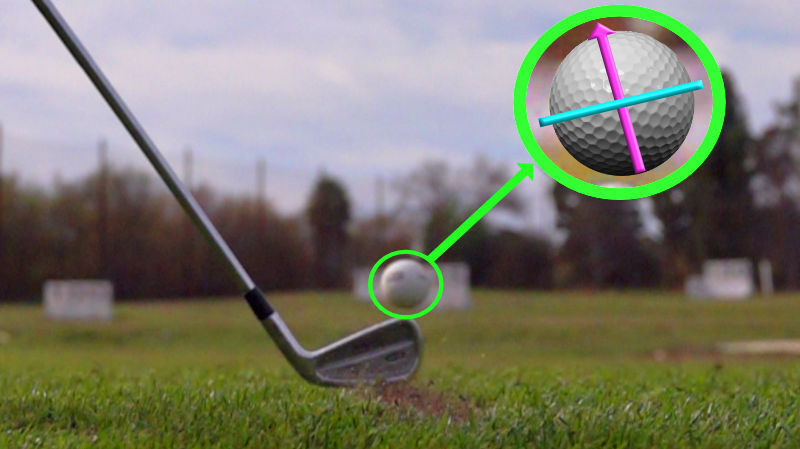 Every ball has backspin, but is the axis of rotation tilted more to the left (above) or to the right?

What effect does this have on the shot? The more tilted the spin axis is, the more the ball will curve offline (all other parameters being the same). 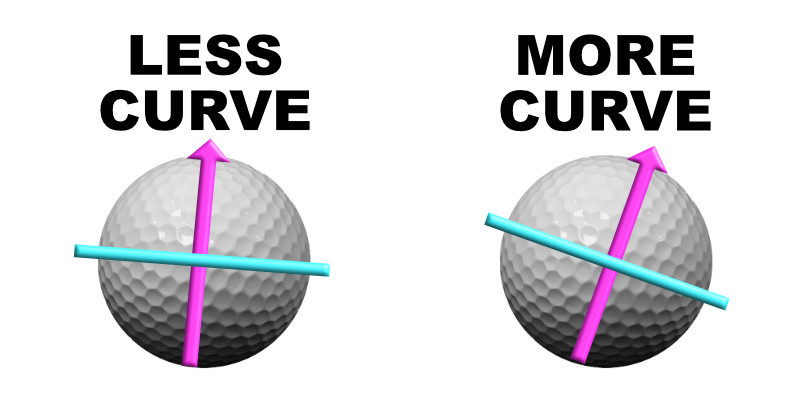 So, what tilts the spin axis?

The usual suspects are the path and face combination. For example, if you swing 10 degrees left and your clubface is 10 degrees right (please don’t do this, you will lose a ball), there will be a massive cutting-across action.

This will till the axis of the spin – a lot!

It’s more complex than this – and I delve into the complexities in Next Level Golf, but the above is a nice approximation for a blog post.

Put It All Together

So, there we have it – the 5 ball flight laws. Everything your ball does after it leaves the face is a result of this (or environmental conditions, such as wind).

And the 5 ball flight laws are created by the conditions at impact – the “less-than-an-inch” space where the clubhead is connected to the ball.

And the impact conditions are created by your swing.

And all of the above can be improved with an awesome step-by step process that allows you to;

Check out Next Level Golf for the most comprehensive improvement program out there. Click the link below to learn more.