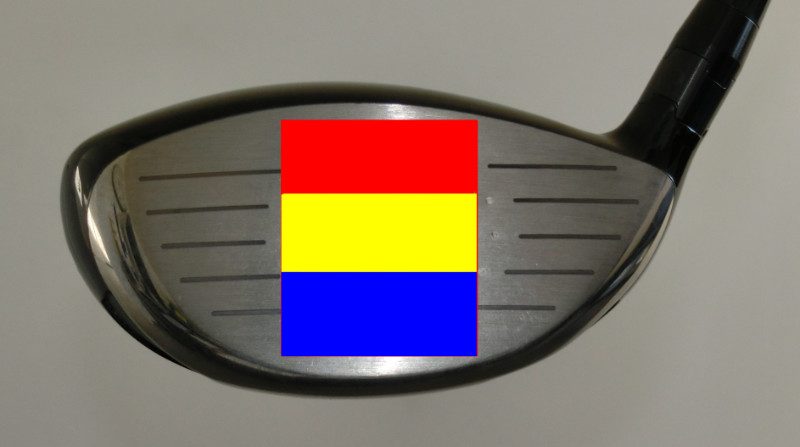 This article explains how a small tweak might add 20 yards or more to your drives.

Please note, the information in this blog is specifically refering to shots with a driver. Maximum distance with irons will have a slightly different set of rules.

A couple of weeks ago, I did an article describing gear effect. To summarise that article,

If you want to read that article and understand why, CLICK HERE

The gear effect article only looked at the horizontal component – the heel/toe part. What most people don’t know is that there is also a vertical component to this.

I have never been a powerful player (with only 103 mph of swing speed). However, I have been able to maximize what little power I have and turn it into serious yardage.

I can occasionally get 300 yards out of it, even with my pathetic speed. It’s as maxed out as you can be – even more so than any player on tour.

I once did an article on driver consistency and I showed my clubface after 15 shots using marker pen to indicate the strikes. 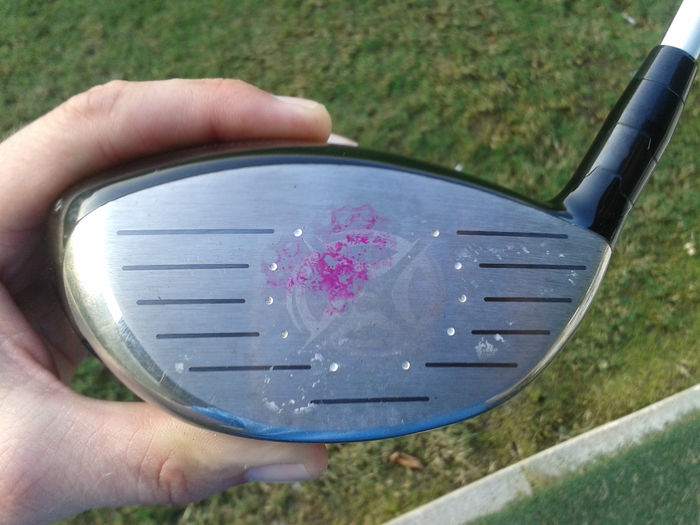 What a lot of people noticed (and commented on) was that my strikes are a little high on the clubface. I do this intentionally for a specific reason. 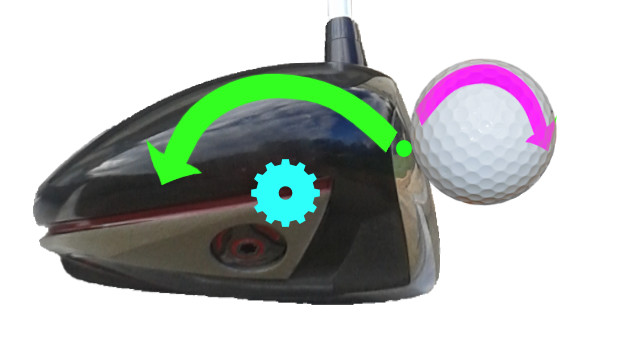 The clubhead twists in the direction of the green arrow, around the center of mass of the club (blue cog). This impacts more topspin on the ball (pink arrow) – which effectively means less backspin (a ball doesn’t actually have topspin).

When the club twists in this way, it creates a counter twist on the ball (the gear-effect). While every golf shot has backspin, by striking the upper part of clubface, we can effectively reduce this backspin rate.

Throw Out The Loft

You know how your club says it has 10 degrees of loft printed on it? Well, that is only for a specific part of the face.

The loft of your driver actually varies depending on where you strike it on the face. This is because the club has what we call roll – where the face is convex.

This means that, by striking above the center of the face (pink), we have more effective loft, which results in a higher launch of the ball. The reverse is also true.

This is one of the reasons why I can take my 8.5 degree driver and launch it 16-18 degrees in the air.

When you combine the two effects of striking higher on the clubface, we have a recipe for greater distance.

As I wrote in THIS ARTICLE, the combination of a high launch and low spin rate can be quite dramatic for distance.

In fact, a ball launched at 150mph with

That’s 20 yards extra by only changing launch and spin.

If you have ever hit that drive that didn’t feel 100% solid, but when you walked down the fairway you saw it was 20 yards past your normal hit – you probably hit this hot zone. 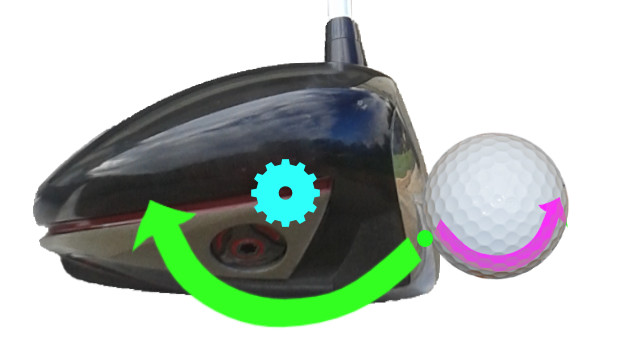 Striking low on the face causes the club to twist in the direction of the green arrow. This creates more backspin on the ball, as well as lower launch.

This is what many amateurs are doing, and losing a lot of distance in doing so.

As a summary of vertical gear effect, this picture explains the effects of striking in a certain zone on the face. 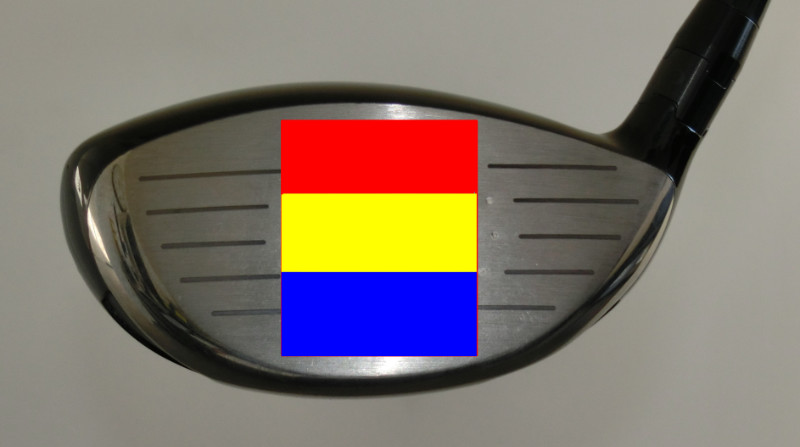 How To Do It

When working on this, there is a relationship between your

In The Strike Plan, I not only discuss how to get this optimal strike point on the driver, but how to combine it with an upward angle of attack.

This is exactly the combination I personally use to create the incredibly efficient drives I hit. If you want to learn more about how to do this (as well as how to improve your ground contact and fix shanks/toe shots), click the link below to learn more about the program.