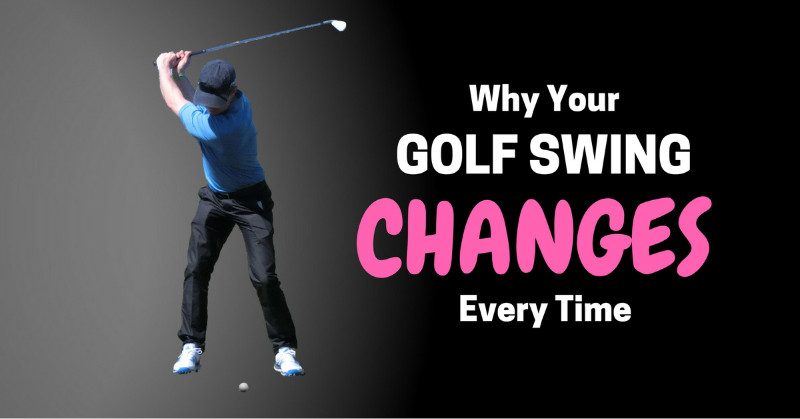 You hit one great, then you hit one horrifically.

Want to know the difference? Of course you do – Read on.

A few weeks ago, I ran test.

I hit shots where I contacted the ground in different places (intentionally), either;

I will link to the test and the full results at the end of this article.

However, as a quick summary, hitting 3 inches behind the ball lost 45 yards of distance on a 156-yard shot (and that was after throwing out the real duffed shots).

I also recorded video of the swings. Do you want to see the differences between the two swings?

For the below pics, the pure strike was on the left, the duffed shot is on the right. The lines are references for head height and position relative to the ball. 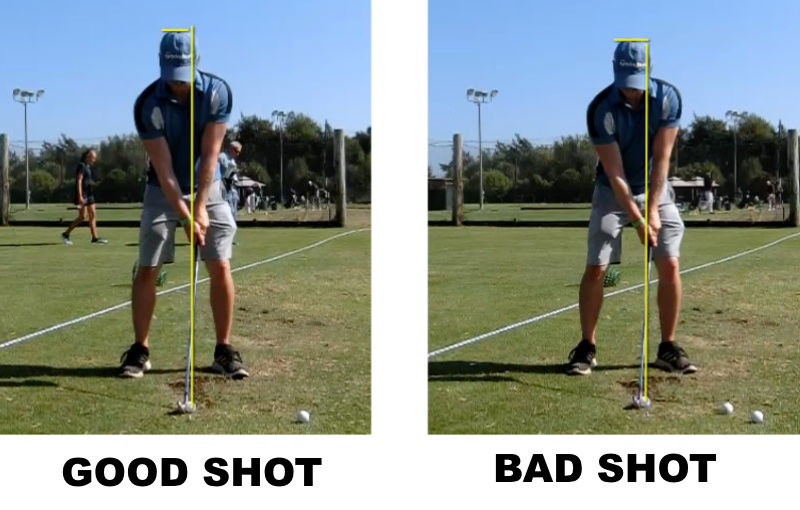 Hmm, nothing to see here. Pretty much identical 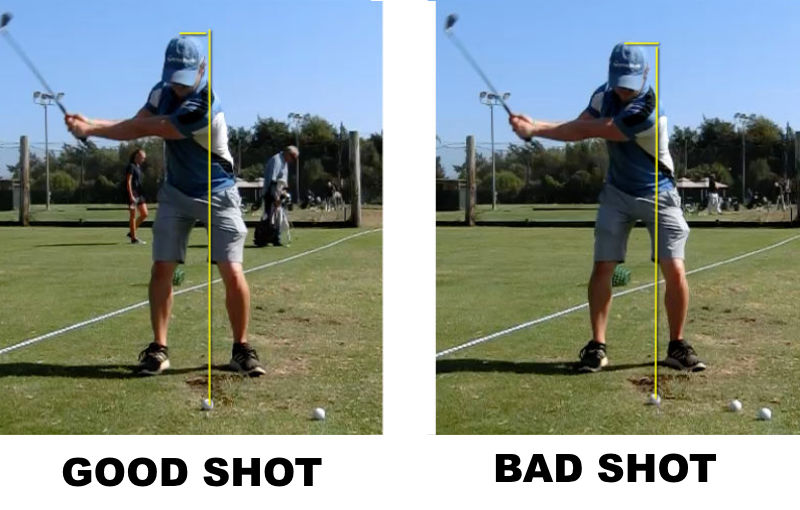 Wait, is this the same picture?

Yeah, I must have made a mistake, they look identical 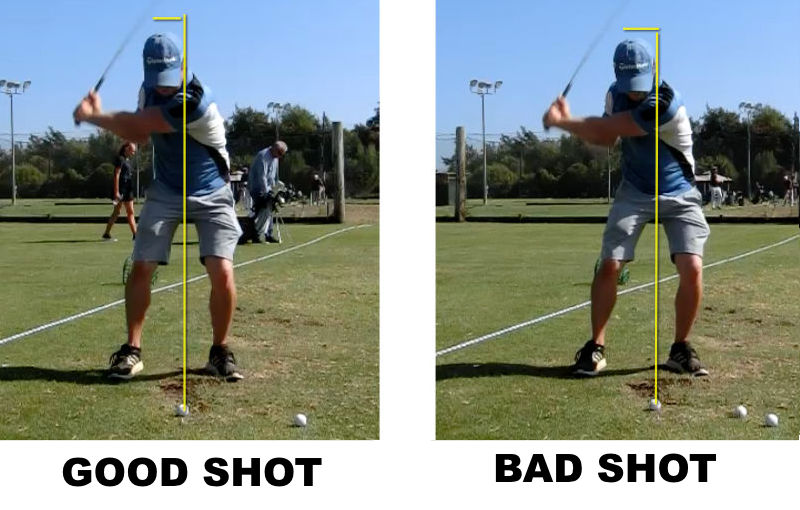 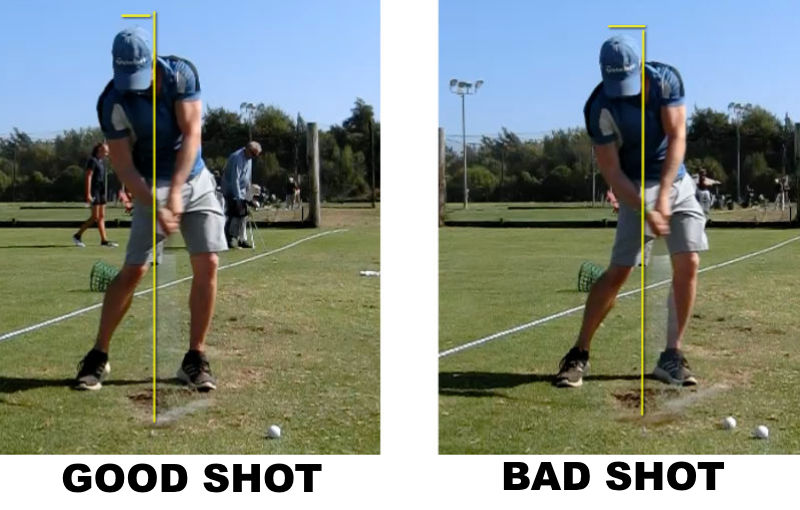 Well, there is a tiny difference here – but the image capture is about 1/20th of a frame out, so it might just be that.

The body seems to be in an almost identical location. 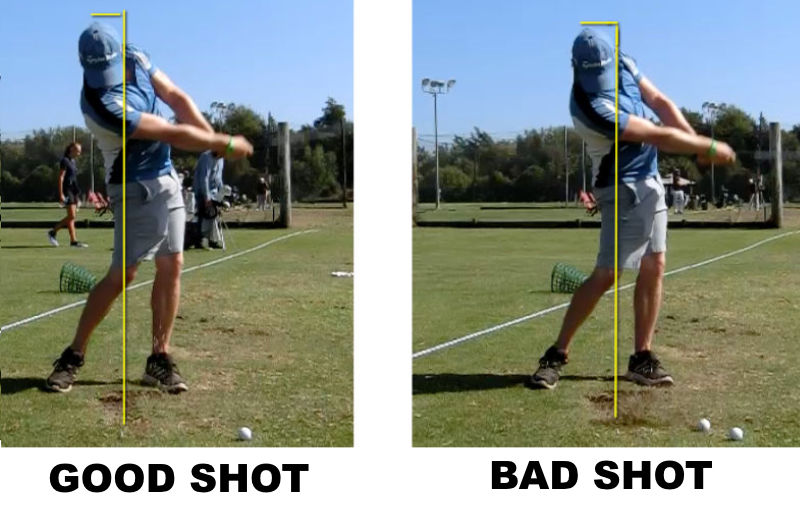 The ball has long gone by this position, but there is still no difference. 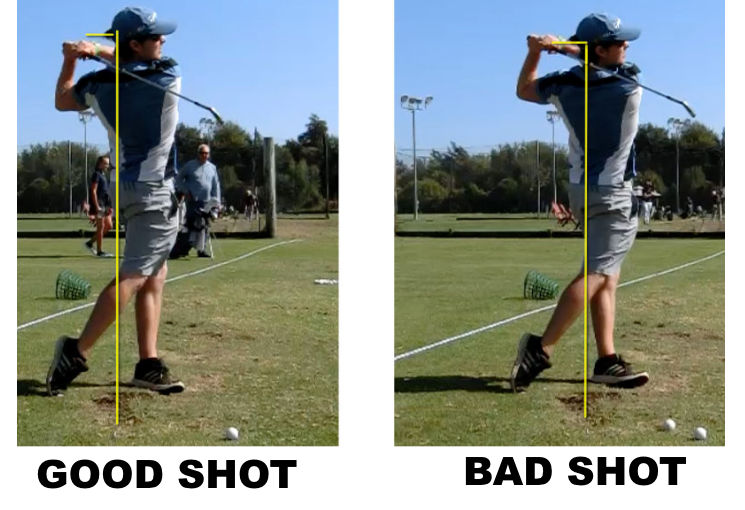 Nope, nothing here either.

Oh, there is a difference

If we go back to the impact pic and zoom in, we can see something. Yeah, the divot started behind the ball.

Want to see where 45 yards of difference comes from? Look no further.

However, the body positions throughout the backswing, downswing, impact and follow through were all pretty much identical.

Don’t miss the point here. Critique my swing all you want (it’s very functional, and allows me to average 85 on a Trackman combine) – the message here is this;

The difference between a shot which flew 156 yards and one which flew 85 yards was negligible.

If you want to check out the full video comparison, it is at the bottom of this article.

What Does It Mean?

When an amateur golfer hits a poor shot, they often think (and report to me) that they have made a drastic movement change.

They genuinely believe that their motion on a good shot looks like Adam Scott’s, and their poor-shots look like a mad-man wielding an axe. 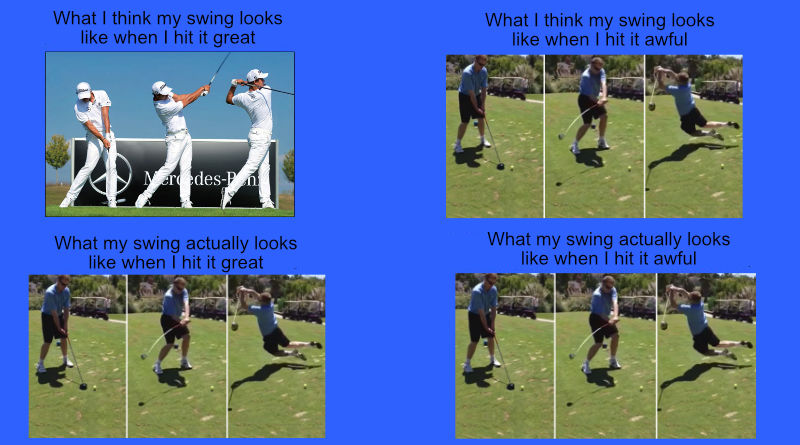 Truth is, in 99% of cases, their motion for good and bad shots is identical on a macro level.

What The Hell is Macro?

While you think you change these things significantly on a poor shot, all the video evidence I have collected of amateur golfers (and there is a lot of it) has shown me one thing;

From shot to shot (good and bad), the macro movements are almost identical.

So, What IS Changing?

What if you dropped in height by quarter of an inch, or your scapula had a fraction less retraction through impact?

While we might never notice these things on camera, they can make a significant difference to your shot quality.

All the little, subtle and unseeable movements of the many joints we have – they all create what we call the micro-movements.

Micro-movements, fine motor movements, call them what you want – this is predominantly where the differences between your good and bad shots arise.

The big question on everybody’s mind is then, how do we control the micro movements? 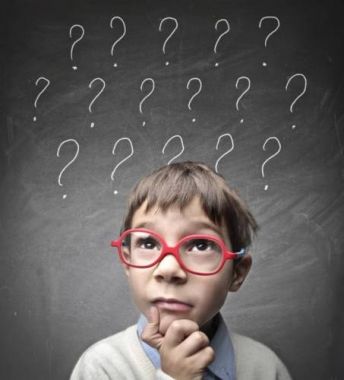 A lot of science has been done on this topic.

The science has shown that (in other sports too) these micro-movements change every time. That’s completely normal.

In fact, with all the moving parts in a golf swing, it’s actually inevitable. 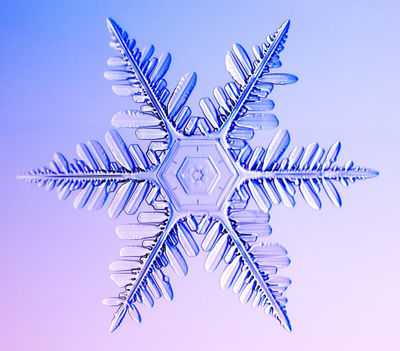 On a subtle level (and sometimes not-so-subtle), every swing you make is a snowflake.

The difference between High performers and poor performers is NOT their consistency of micro-movements, but their ability to coordinate them into something that works.

Also, an abundance of research from Gabriel Wulf has shown that external focuses (focuses which are outside of our body – opposed to internal focuses, which deal with body part movements) dramatically aid our brain’s ability to coordinate all these mini moves.

I have taken this a step further.

I have found that external focuses, specifically regarding club and ball contact (something I call “external process focuses”) combined with

Speeds up the learning process incredibly.

This is where I invented my skill-based approach to learning golf, which is radically different to how golf has been traditionally taught.

And people around the world are seeing dramatic improvements with it. 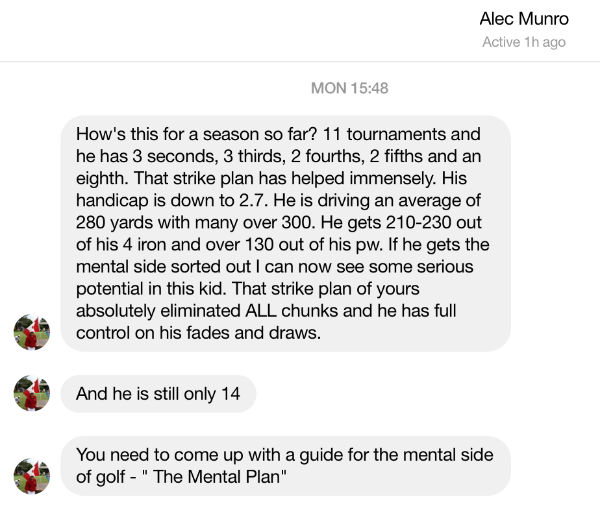 If you want to learn how to better control the micro movements (as well as improve the macro movements to make life easier) and hit more of your best shots, I have a developed a solution.

I put my best drills, concepts and technique ideas into a program called The Strike Plan.

These are all drills that I have seen the most success with in my 12K+ lessons – ones which have been refined and perfected over the years.

If you want to find out more about this program, click the image link below for The Strike Plan.

The #1 Reason Why You Are Bad At Golf– The Study

For those who thought I might have cheated and used the same video in both pics, here is the full comparison.

I just received the following email from a loyal ‘fan’.

I suppose this email highlights the problem average golfers have – they don’t want to accept that this is the truth. They would rather believe that their motion had radically changed.

While I thank Filippo for his email (it allows me to clarify the point further), please note the differences in the backgrounds of the two pictures. I’m good at photoshop, but I’m not good enough to delete people walking around or to move their positions in 3D.

Also, just watch the video – both swings are there as clear as day. Pause them at your own will and see the (lack of) difference in the swings, and the radical differences in the background people.